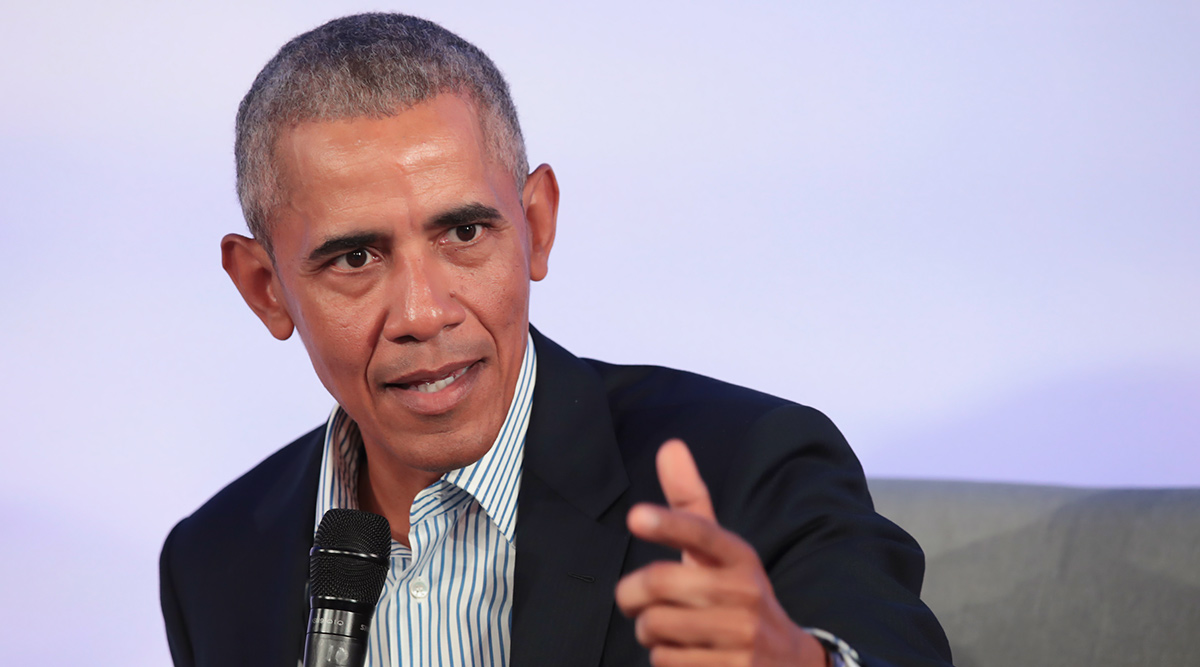 Washington, March 31: Former US president Barack Obama took a veiled swipe Tuesday at his successor Donald Trump, chastising those who have "denied warnings" of a deadly coronavirus pandemic and cautioning against ignoring the consequences of climate change.

The popular two-term Democrat took to social media as the Trump administration finalized a controversial rollback of Obama-era vehicle fuel economy and greenhouse gas emissions standards that were aimed at slowing global warming. Coronavirus Outbreak in US: FDA Allows Use of Hydroxychloroquine, Chloroquine to Treat COVID-19.

"We've seen all too terribly the consequences of those who denied warnings of a pandemic," Obama posted on Twitter. "We can't afford any more consequences of climate denial. All of us, especially young people, have to demand better of our government at every level and vote this fall."

The Republican leader's government has faced stark criticism for failing to heed early global alarms about the virus outbreak, after death tolls began to spike in places like China and Italy.

The United States now has more than 165,000 confirmed coronavirus cases, the most worldwide, and the US death toll has surged past 3,400 -- exceeding China's official toll. Obama's tweet included a link to a story about the Trump administration's new rules.

The stringency of those so-called CAFE standards will now be increased by 1.5 percent annually through 2026, substantially less than the roughly 5.0 percent annual increases issued in 2012, the EPA said.

So far, Obama has only rarely engaged in the 2020 presidential race, which features his former vice president Joe Biden as the Democrat likely to face Trump in November's election. The former commander-in-chief has not publicly endorsed any candidate in the Democratic nomination race, which has boiled down to Biden and leftist rival Bernie Sanders.