Iran: 4-Year-Old Girl Dies After Parents Leave Her in Hot Car To Attend Funeral in Ramhormoz

According to doctors, the minor was locked in a car and eventually succumbed to heatstroke and a lack of oxygen. 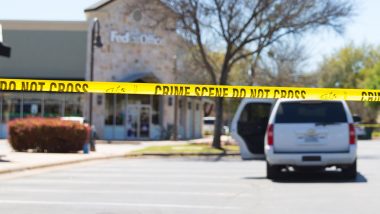 Ramhormoz, June 24: In a tragic incident, a 4-year-old girl died after she was left in a car, possibly for several hours, amid sweltering temperatures while her parents spent hours at a family funeral in the Iranian city of Ramhormoz. According to doctors, the minor was locked in a car and eventually succumbed to heatstroke and a lack of oxygen.

The girl, Sadia, had arrived in Ramhormoz with her parents to attend a funeral service of her aunt. The minor was apparently tired due to long travel and slept in the car. Her parents decided not to wake her up and went inside the venue. However, they forgot her because of their distress during the funeral. Andhra Pradesh Shocker: Three-Year-Old Girl Child Dies As Father’s Occult Ritual Goes Awry in Nellore District.

A local report stated that the temperature in Ramhormoz was soaring up to 49 degrees the day incident took place, due to which the temperature inside the car rose up to 76 degrees. Reports say that the mourning couple is now receiving counseling. A probe has been launched into the matter by the cops.

(The above story first appeared on LatestLY on Jun 24, 2022 05:17 PM IST. For more news and updates on politics, world, sports, entertainment and lifestyle, log on to our website latestly.com).