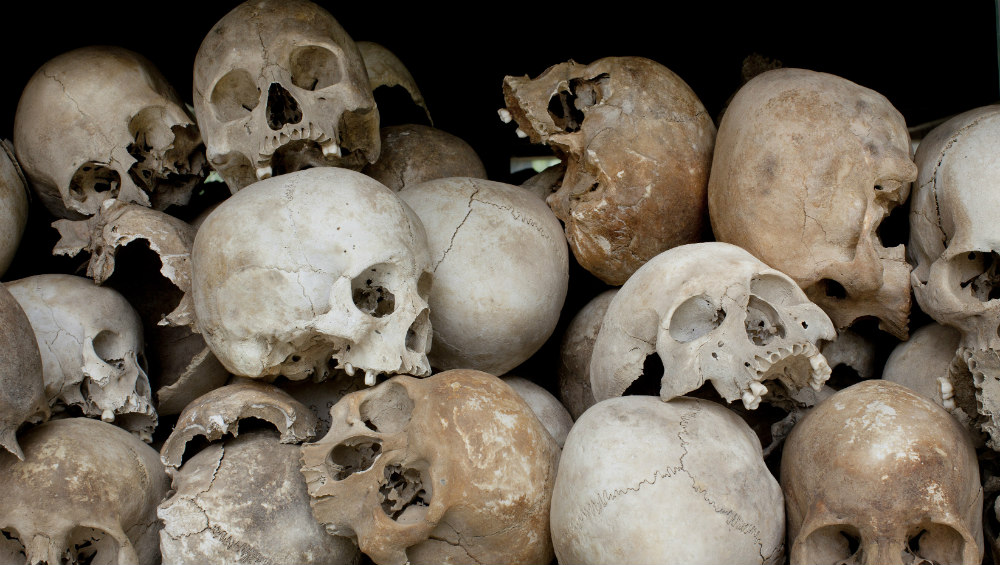 Guadalajara, December 15: The bodies of at least 50 people have been unearthed from a mass grave at a farm outside Mexico's western city of Guadalajara, local authorities said.

The grim site was discovered just over three weeks ago in Jalisco -- a state hard-hit by violence linked to organized crime.

The local prosecutor's office said Saturday 13 of the dead -- 12 men and a woman -- have been identified and the remains given to their families. Mexico: 166 Human Skulls Found From 3,200 sq ft Mass Grave in Veracruz.

The process of identifying more of the victims and how they died will continue, it added.

A mass grave with 34 bodies was discovered in a suburb of Guadalajara on September 3, while another was found nearby in May with the remains of 30 people.

Nearly 2,500 murders were reported between January and November in Jalisco -- where the powerful Jalisco Nueva Generacion cartel is based -- state authorities have said.