A plane carrying over 40 passengers crash-landed into a military base in Gedo region of Somalia on Wednesday, officials said. Officials said the passengers were evacuated safely after a Skyward flight from Nairobi crash-landed at Burahache military camp, Elwak, Gedo region in Somalia, about 15 km from the Somalia-Kenya border, Xinhua news agency reported. 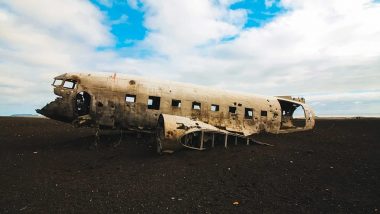 Mogadishu, July 21: A plane carrying over 40 passengers crash-landed into a military base in Gedo region of Somalia on Wednesday, officials said.

"No one was hurt in the incident," said a local official who declined to be identified.

The plane had left Wilson Airport of Nairobi, capital of Kenya, and was destined for Mandera in northeast Kenya on Wednesday morning when the incident happened.

Sources blamed the incident on a mechanical problem but added aviation experts would be flown to the scene to carry out investigations.

Survivors said they sustained minor injuries after the plane landed on its landing gear within the military camp, partially damaging it.

Photos taken at the scene showed some soldiers talking to some of the passengers and the plane had landed on its belly.

The Gedo area is under the control of Somali National Army (SNA) although the militant group, Al-Shabab, occasionally stages sporadic attacks in the region.

Skyward officials in Nairobi promised to issue a statement after getting more information on the incident.

(The above story first appeared on LatestLY on Jul 21, 2021 04:25 PM IST. For more news and updates on politics, world, sports, entertainment and lifestyle, log on to our website latestly.com).