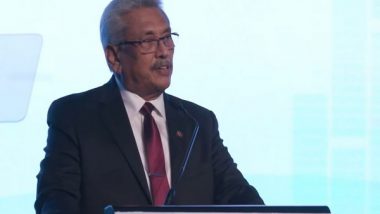 The division, on Wednesday night, said that the members of the advisory group have already held discussion with the president on maintaining regular communication with the IMF.

The advisory group is entrusted with holding discussions with Sri Lankan officials involved in negotiations with the IMF, and providing guidance on overcoming the current debt crisis, officials said.

(The above story first appeared on LatestLY on Apr 07, 2022 11:14 AM IST. For more news and updates on politics, world, sports, entertainment and lifestyle, log on to our website latestly.com).