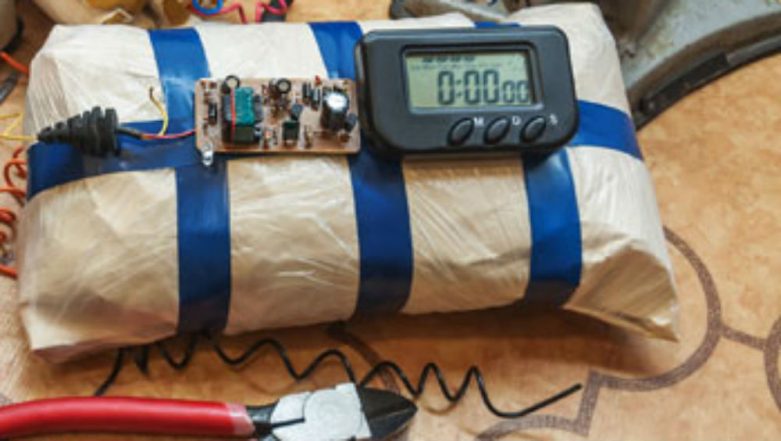 Colombo, May 4: Three locally made bombs and 100 grams of ammonia have been found buried in a backyard of a mosque in a Sri Lankan district, the police said.

The explosives were recovered at Welipenna on Friday night during a joint operation carried out by the Special Task Force and the police, the Daily Mirror reported. Serial Blasts In Sri Lanka on Easter Sunday, Churches And Hotels Hit; Nearly 156 People Dead, Over 400 Injured.

The police said a 42-year-old suspect was arrested after the recovery of explosives.  Officials also seized 16 circuit boards of high technology, 16 SIM cards, several compacts discs, computer accessories and a car in a house at Pirivena Mawatha in Mount Lavinia.

According to the police, each circuit board had the capacity to contain 12 SIM cards. A 52-year old man was detained along with the items. The recovery was made after the authorities cancelled weekend masses in the capital due of fears of fresh bomb attacks.

The Archdiocese of Colombo spokesman Fr. Edmond Tilakaratne had said that the decision was made by Archbishop of Colombo Cardinal Malcolm Ranjith to cancel the masses on Saturday and Sunday based on the latest security reports.

The churches in Colombo and suburbs have been closed since the April 21 deadly Easter Sunday bomb attacks which killed 253 people and injured hundreds.