In a landmark move, Taiwan on Friday became the first Asian-nation to legalise same-sex marriage. 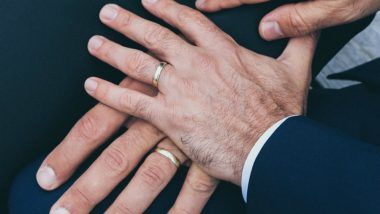 Taipei [Taiwan], May 17: In a landmark move, Taiwan on Friday became the first Asian-nation to legalise same-sex marriage. The Taiwan lawmakers passed a law allowing same-sex couples to form "exclusive permanent unions" and to apply for a "marriage registration" with government agencies, reported Al Jazeera.

The voting comes after Taiwan's top court ruled that not allowing same-sex marriage violates the constitution. The court gave a deadline till May 24 to lawmakers to amend the country's constitution to bring marriage equality. Hundreds of gay rights supporters gathered outside the Parliament building in the capital of Taipei despite the heavy rains before the votings.

President Tsai Ing-wen said ahead of the vote she recognised that the issue had divided "families, generations and even inside religious groups"."Today, we have a chance to make history and show the world that progressive values can take root in an East Asian society," she added in a Twitter post. This comes as a blow to conservatives lawmakers as they even tried to get rid of the law by bringing rival bills to fool people. However, they did not receive enough votes.