Yulia Skripal, the victim of nerve-agent poisoning and daughter of Ex-Russian spy Sergei Skripal has released a statement after recovering from the attack. 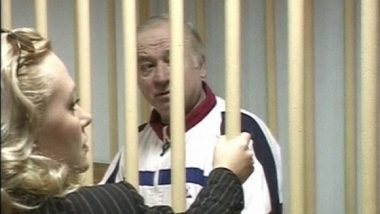 Sergei Skripal and daughter Yulia were poisoned on March 4

A day after UK police issued a statement on behalf of Russian spy Sergei Skripal's daughter, saying her "strength is growing daily", Yulia herself has released a statement to the media.

Yulia Skripal, also a victim of nerve-agent poisoning that targeted her father expressed her gratitude towards people who supported her and her father. Addressing the media in a prepared statement, the 33-year-old reportedly said that she regained consciousness over a week ago and is now recovering well.

She further acknowledged the support given to her by the residents of Salisbury where both Sergei and Yulia were found slumped on a park's bench following a nerve-agent attack on March 4. Yulia also appreciated the treatment and care provided to her and her father by Salisbury District Hospital where both of them are admitted.

"I woke up over a week ago now and am glad to say my strength is growing daily," the statement said. "I have many people to thank for my recovery and would especially like to mention the people of Salisbury that came to my aid when my father and I were incapacitated," it went on.

"I am sure you appreciate that the entire episode is somewhat disorientating, and I hope that you'll respect my privacy and that of my family during the period of my convalescence," the statement ended.

The Russian Embassy in the United Kingdom has requested consular access to Yulia and Sergei Skripal but it has been denied by the British government who has accused Moscow of masterminding the attack on the former Russian double-agent.

Russia has rubbished UK’s charge and the country’s ambassador to the UK said Moscow had no nerve agent stockpile. The incident has sparked an international diplomatic crisis. The United Nations Security Council has been discussing the poisoning in a meeting called by Russia.

Moscow's UN Ambassador Vassily Nebenzia described the British accusations against Russia as horrific and unsubstantiated. The poisoning has led to worsening relations between Moscow and many Western countries, with more than 150 diplomats expelled on each side. At a UN Security Council meeting, Ambassador Nebenzia said Britain's main goal has been "to discredit and even de-legitimise" Russia with "unsubstantiated accusations".

He said Novichok - the group of nerve agent used in the poisoning - is "not copyrighted by Russia, in spite of the obviously Russian name" and has been developed in many countries. "It's some sort of theatre of the absurd. Couldn't you come up with a better fake story?" he asked.

In his statement to the 15-member council, Nebenzia questioned why Russia would eliminate someone using a "dangerous and highly public" method.

(The above story first appeared on LatestLY on Apr 06, 2018 09:12 AM IST. For more news and updates on politics, world, sports, entertainment and lifestyle, log on to our website latestly.com).