There is quite an old saying which states, "Don't mix business with pleasure." Based on this conventional wisdom, starting up a company with a friend is probably, well, not the wisest idea. 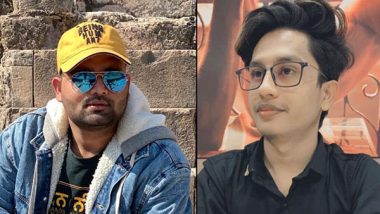 New Delhi [India], May 17 (ANI/ThePRTree): There is quite an old saying which states, "Don't mix business with pleasure." Based on this conventional wisdom, starting up a company with a friend is probably, well, not the wisest idea.

Yet the world has no shortage of business buddies--from Ben and Jerry to Hewlett and Packard. The impulse to start a business with a friend likely strikes everyone at some point in time. But why do some buddy-built ventures thrive while others end in flattened egos, blistering resentments, and silent treatments?

Tracking down the most interesting set of pals who are in business together, here is the secret to their friendly success.

Of course, it's not a given that, to do gangbusters in business, you have to follow the "opposites attract" rule when partnering up with a pal. Some people get lucky and find both B's--a best friend and a business partner.

That was the case with Yogesh Kushwaha, 26, and Purendra Kumar Sahu, 21, who became fast friends after meeting at an Auto Expo 8 years ago. Yogesh Kushwaha, born and brought up in a middle-class family of Bhopal. His belief system spirals around "Keep your eyes on the stars and feet on the ground". He is the jack of all trades with a passion for digital marketing. Purendra Sahu was born and brought up in a small village on the outskirts of Durg.

Yogesh Kushwaha and Purendra Kumar Sahu joined hands under an umbrella venture called BRANDITUDE MEDIA and PK Media to give their work and success solid platforms. The avant-garde duo is adamant about providing digital solutions to real-time business problems. Friendships can be tested when you introduce business into the equation but the duo was unstoppable.

They had similar strengths and management styles and they both had a very strong work ethic, staying heavily involved in the day-to-day running of the business. Together they created an innovative, creative working environment that allowed their employees - and their business partnership to thrive. They believe in giving back to the community and this resonates with their customers.

Ultimately, they both stuck it out--and things turned around for the company shortly thereafter. This can be attested by the wide range of happy clientele ranging from MSMEs to Corporate conglomerates Many big Media Agencies and production houses. The brands not only acknowledged the benefits from the digital solutions provided but have been part of the Branditude Media & PK media family.

The team also manages both Hollywood and Bollywood, artists. But the tough times provided a big business lesson: Don't let a passion for seeing your company succeed supplant your commitment to the friendship itself.

This story is provided by ThePRTree. ANI will not be responsible in any way for the content of this article. (ANI/ThePRTree)