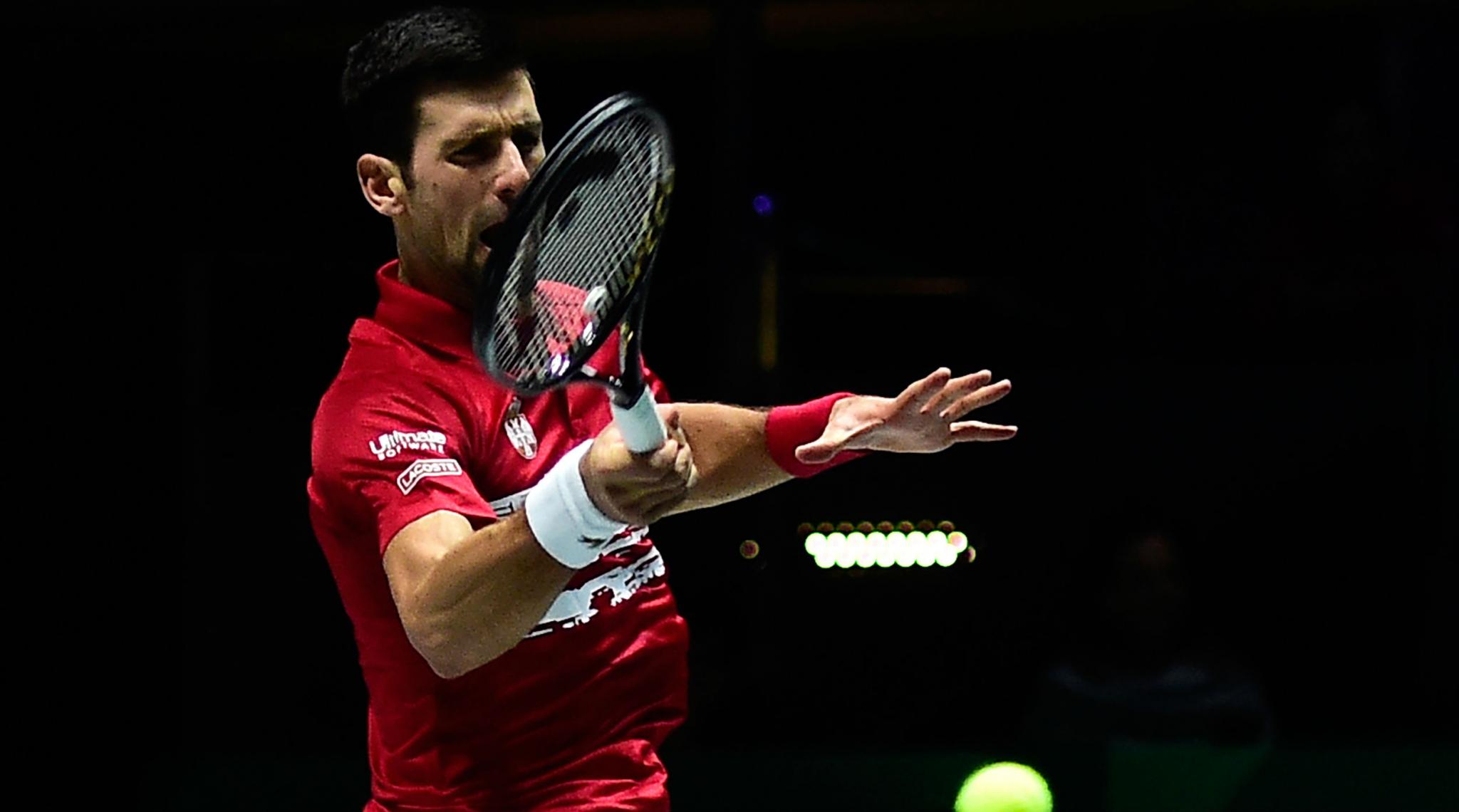 Madrid, Nov 22: Novak Djokovic booked Serbia's place in the quarter-finals of the Davis Cup on Thursday as he eased past Benoit Paire to send France crashing out. Djokovic beat Paire 6-3 6-3 in Madrid after Filip Krajinovic won a close encounter 7-5 7-6 (7/5) against Jo-Wilfried Tsonga to give Serbia a 2-0 advantage with only the doubles rubber to play.

It means France cannot advance as one of the best two runners-up by virtue of their record on sets, even if they win the doubles. France's early exit is a major surprise given they were the top seeds in the competition, which they have won on 10 previous occasions and were only denied an 11th success by Croatia in last year's final. Davis Cup 2019 Finals: Novak Djokovic Beats Yoshihito Nishioka, Rafael Nadal and Andy Murray Win As Well.

Serbia will now meet Russia on Friday and were joined in the last eight by Germany, who secured the one rubber they needed against Chile as Philipp Kohlschreiber defeated Nicolas Jarry 6-4, 6-3 in the singles. Germany await the winner of Group E, where Britain were due to play a dramatic doubles clash against Kazakhstan, with the victors going through and the losers going out.

Andy Murray could be called upon after being rested from the singles following his close match against the Netherlands' Tallon Griekspoor on Wednesday.

Britain made a strong start after Kyle Edmund played brilliantly to see off Mikhail Kukushkin 6-3 6-3 but Dan Evans was beaten 5-7 6-4 6-1 by Alexander Bublik to leave the tie in the balance.

Spain are already safely through after Rafael Nadal led them to a 3-0 victory over defending champions Croatia on Wednesday. They will face Argentina, who are guaranteed to progress as a runner-up with Russia. Australia play Canada in the first quarter-final later on Thursday. AFP SSC