The plaintiff had claimed that the book contains false information which doesn't show the source of information. 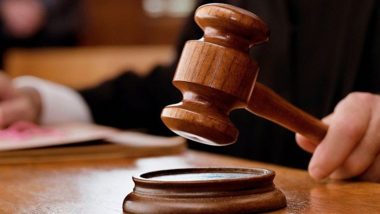 The civil court in Bengaluru on Wednesday ordered a ban on the sale and distribution of Rangayana director Addanda C Cariappa's book 'Tipu Nij Nijyam', which is based on the life of Tipu Sultan. Raifulla BS, former chairman of the District Wakf Board Committee and resident of Bengaluru, binds Ayodhya Publication (publisher) & Rashtrotthana print had filed the suit. Bigg Boss 16: Tina Datta and Nimrit Kaur Ahluwalia Get into a Heated Argument Over Captaincy Task.

"If the contents of the play are false and contain false information about Tipu Sultan, and if the same are distributed, it would cause irreparable loss to the plaintiff, and there are chances of breach of communal peace and harmony. It is common knowledge that controversial books sell like hotcakes," the court said in its order. The plaintiff had claimed that the book contains false information which doesn't show the source of information. Andor Season Finale Review: Diego Luna's Star Wars Spinoff Concludes With a Spectacular Bang! (LatestLY Exclusive).

Aza of Muslims are portrayed derogatorily and the term Turukaru is used. If this book reaches the people, it will cause unrest in society. In this regard, he requested that an injunction should be issued. The judge, who has issued an emergency notice to the defendants, authors and publishers, banned the sale of books and adjourned the hearing. (ANI)