The British Independent Film Awards are making some changes for their 25th anniversary and are becoming gender neutral with their acting categories as they also add new acting awards, a new category for debut directors. 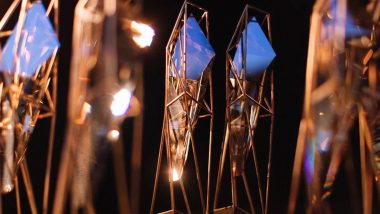 By getting rid of the actress' and 'actor' honours, BIFA joins other organizations that have recently made the change, including the Berlin Film Festival, the MTV Movie Awards and the BRITs. The Lead and Supporting Act categories each have up to 10 nominees, while the joint Lead and Ensemble Act races have up to five nominations. As per Deadline, BIFA is also adding a category for Best Debut Director - Feature Documentary category, to sit alongside the Douglas Hickox Award for Best Debut Director. The latter only applies to fictional feature films. The Best Music award, which previously recognized both original composition and music supervision, is split into Best Original Music and Best Music Supervision categories. BET Awards 2022: Kanye West Makes Surprise Appearance To Pay Tribute to Sean ‘Diddy’ Combs.

BIFA Directors Amy Gustin and Deena Wallace commented, "We're very excited to be able to launch BIFA's new expanded awards categories which will more fully capture the range of exceptional performances and acting talent in British independent film and allow us to celebrate even more talent than ever before." Nominations for the British Independent Film Awards 2022 will be announced on November 3 and the ceremony will take place on December 4.