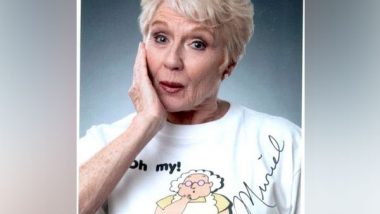 According to Variety, Thea, best known for voicing Muriel Bagge on 'Courage the Cowardly Dog' cartoon show, passed away on July 30. She was 81.

The news of Thea's demise was shared by her brother John Zitzner on his Facebook page, saying that the actor had died two days after undergoing a second surgery related to liver cancer.

Speaking more about Thea, she rose to fame after giving her voice to Muriel Bagge, the elderly woman who adopts Courage into the family despite the grumpy attitude of her husband, Eustace.

Late Thea had voiced Muriel in all episodes of the series, which ran for four seasons from 1999 to 2002. Thea also voiced the popular character in several spin-offs. (ANI)