Father of a rape survivor has approached the Supreme Court opposing the bail plea of Asaram Bapu stating that he fears that his daughter and his family could be killed by followers of the "highly influential, politically connected" self-styled godman. 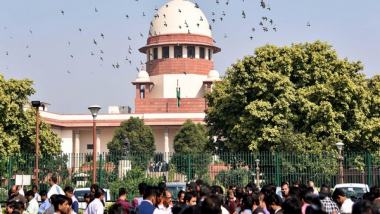 New Delhi [India], June 10 (ANI): Father of a rape survivor has approached the Supreme Court opposing the bail plea of Asaram Bapu stating that he fears that his daughter and his family could be killed by followers of the "highly influential, politically connected" self-styled godman.

The plea by the father said that Asaram has a "force of millions of blind followers around the country."

The father in his plea alleged that the godman has a hired killer Kartik Haldar, who killed and attacked eyewitnesses and confessed to the police that Asaram had ordered the killings.

The rape survivor's father had said that during the course of the trial, he and his family members were threatened with dire consequences.

"Bapu is a habitual offender and is facing trial for similar serious offences of rape before the Sessions Court at Gandhinagar, Gujarat and a criminal case before a Metropolitan Magistrate at Jodhpur," the petition stated.

Asaram had moved the apex court seeking temporary suspension of sentence to pursue medical treatment at an Ayurveda centre in Uttarakhand.

The Rajasthan government has opposed the bail plea of Asaram before the apex court stating that he wants to change the place of his custody under the guise of seeking medical treatment.

The State has said that Asaram, who had earlier sought bail for allopathic treatment of his ailments, has now prayed to be treated at an Ayurveda centre, only because his earlier round of petitions were not successful.

A Jodhpur court, on April 25, 2018, had sentenced Asaram to life in prison after finding him guilty of raping a teenage girl in his ashram in 2013. His accomplices Sharad and Shilpi were sentenced to 20 years in jail by the court in the same case for their roles.

He was also convicted in a 2002 rape case and sentenced to 20 years in prison. Asaram is also facing a rape case in Surat in Gujarat. (ANI)