The Bahujan Samaj Party (BSP) on Saturday released a list of 51 candidates for the second phase of the upcoming Uttar Pradesh Assembly elections. 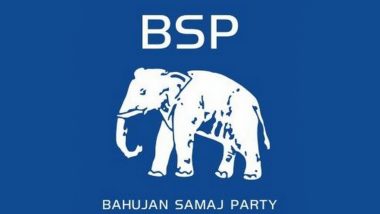 Lucknow, January 22: The Bahujan Samaj Party (BSP) on Saturday released a list of 51 candidates for the second phase of the upcoming Uttar Pradesh Assembly elections.

"Today, I am announcing a list of 51 candidates out of 55 seats for the second phase of the Uttar Pradesh elections. This time we have given the slogan 'Har Polling Booth Ko Jeetana hai, BSP Ko Satta Mein Lana Hai'. I hope party workers will work hard and will form the BSP government like of 2007," said Mayawati.

She further said that the names of the remaining 4 candidates will also be announced soon.

"We have asked the workers to campaign while following the COVID-19 protocols. I sincerely hope that even in the critical times of Corona, the workers will work to make their candidates win," added Mayawati.

Earlier on January 15, Mayawati had announced the names of the candidates for the first phase.

Elections for the 403 Assembly constituencies in Uttar Pradesh will be held in seven phases starting February 10. A total of 58 assembly seats spread over 11 districts will go to the polls in the first phase on February 10.