The Union Cabinet on Thursday approved the establishment of the Central University of Ladakh at a cost of Rs 750 crore. 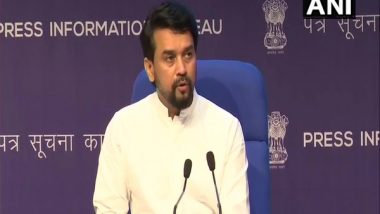 New Delhi [India], July 22 (ANI): The Union Cabinet on Thursday approved the establishment of the Central University of Ladakh at a cost of Rs 750 crore.

The Union Cabinet also approved the establishment of an Integrated Multi-purpose infrastructure Development Corporation for Ladakh.

Briefing about the decisions of the union cabinet, Information and Broadcasting Minister Anurag Thakur said the Central University of Ladakh will address regional imbalances in higher education level and promote overall growth and development of the union territory.

The jurisdiction of the central university will cover the entire Ladakh region, including Leh and Kargil.

Thakur said Ladakh Integrated Infrastructure Development Corporation Limited (LIIDCO), will look after the development of industries, tourism, transport and infrastructure, and marketing of handicrafts in the UT.

An official release said LIIDCO will have a share capital of Rs 25 crore and recurring expenditure will be around Rs. 2.42 crore per year.

It said that the approval has an inherent potential for employment generation as the corporation will be undertaking various kinds of developmental activities.