Kerala Police has registered an FIR against state Bharatiya Janata Party (BJP) chief K Surendran on Thursday in connection with a bribery case. 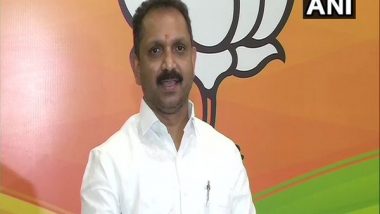 This is the second FIR against the BJP state president on allegations that he had offered a bribe to Janathipathya Rashtriya Party (JRP) leader CK Janu to contest from Sulthan Bathery constituency on NDA ticket during recently concluded Kerala Assembly polls.

Sultan Bathery police have registered a case under 171 E and 171 F of the Indian Penal Code against Surendran on charges of bribery and exerting undue influence.

MSF leader Navas had filed a petition in the court seeking permission to register an FIR against K Surendran on the basis of alleged audio clips.

In the clips, Surendran can allegedly be heard offering money to Janadhipathiya Rashtriya Party (JRP) leader CK Janu to contest from Sultan Bathery constituency on an NDA ticket.