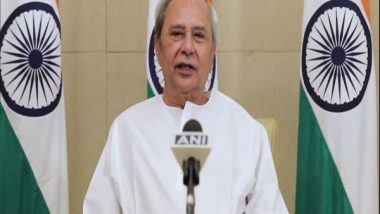 Patnaik said, "Congratulations to the Indian Men's Hockey team on winning the bronze medal at the Tokyo 2020 Olympics. The team performed brilliantly against tough opponents like Germany. The entire country is proud of the achievements of our team."

The Chief Minister said, "It is inspiring to know about the hard work and sustained focus, in spite of the challenges of the Covid-19 pandemic. Hockey has brought together every Indian together across the globe. This team will inspire thousands of kids to choose hockey and sports as a career. This is the start of a new era of Indian hockey."

It took 41 years, but the dream of every Indian was finally realised on Thursday as the men's hockey team beat Germany 5-4 to win the bronze medal here at the Oi Hockey Stadium -- North Pitch. (ANI)