The bodies were sent to Kokrajhar Civil Hospital for post-mortem examination, he said. 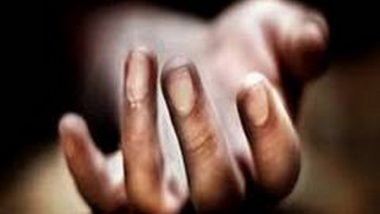 Kokrajhar/Dhubri, June 12: Two minor sisters were found hanging from a tree in a village in Kokrajhar district of Assam with their family members claiming that they were raped and killed, police said on Saturday. The incident took place inside a small forest in Abhayakuti village, where the bodies of the two siblings were recovered late on Friday evening, a senior police officer said. The bodies were sent to Kokrajhar Civil Hospital for post-mortem examination, he said.

"A case has been registered. A preliminary investigation suggested that the two girls suspectedly ended their lives. We will be able to tell after receiving the post-mortem reports," the officer said. Uttar Pradesh: Girl Dies by Suicide After Rape in Aligarh, Case Registered Against Accused.

Villagers were shocked at the incident, while the family members and relatives of the two girls claimed that they were raped and killed. Locals also said the two sisters were missing since Friday afternoon.