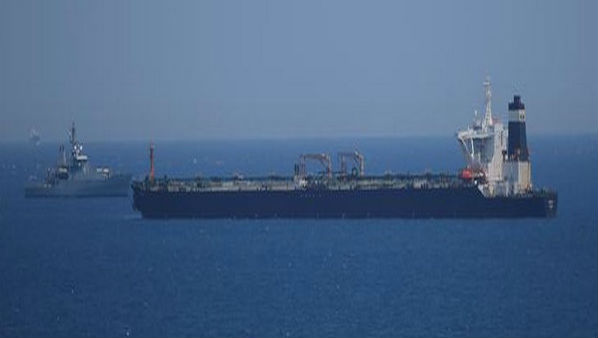 Tehran, September 5: Iran has claimed that it released seven Indian crew members aboard the 'Stena Impero', the British-flagged oil tanker, seized by the Islamic Revolutionary Guard Corps (IRGC) in July, the country's foreign ministry spokesperson Abbas Mousavi said on Wednesday. "We don't have any problem with the crew and captain of the ship. The ship has been stopped because of its violation of laws and it is natural to detain the crew with the ship," Mousavi was quoted by CNN as saying citing Iran's semi-official Mehr News Agency.

"However, the consular status and individual permits of the crew were reviewed and after further consideration and also on humanitarian grounds, some of the crew were allowed to leave the ship and return to daily life," he said. Erik Hanell, the CEO of Stena Bulk, the Swedish firm that operates the vessel, said he got confirmation from Iranian authorities that the seven crew members will be released. Britain Releases 24 Indian Crew Members of Seized Iranian Ship Grace 1.

"They are still on board the ship as far as we know, so now we are awaiting more information about when they will be safely transported out of the country. We have had ongoing communication with the Iranian authorities during the last few days, and we hope to get more information today," Hanell said.

Amid tensions between the US and Iran, the Stena Impero was captured by the IRGC in the Strait of Hormuz on July 19. As many as 23 crew members, including 18 Indian nationals were on board the vessel. A short clip of the captured crew members was released by Tehran, showing them chatting in a meeting room, cooking in the ship's kitchen and operating the vessel's systems.

India had recently availed consular access to the 18 Indian crew members on board the UK-registered ship. The vessel is currently at Bandar Shahid Bahonar, which is a short distance from Iran's Bandar Abbas port.