A new study has found that people who suffer from a severe form of schizophrenia have a significantly higher number of rare mutations than more typical forms of the illness. The findings of the study were published in the journal 'PNAS'. 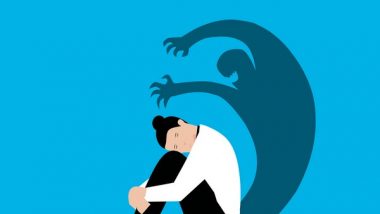 Washington, December 19: A new study has found that people who suffer from a severe form of schizophrenia have a significantly higher number of rare mutations than more typical forms of the illness. The findings of the study were published in the journal 'PNAS'.

Their findings provide new insight into the genetics of schizophrenia that could pave the way for identifying risk and developing targeted therapeutics for those in need of novel treatments. Also Read | TikTok to Launch Delivery Service With Food From Viral Videos in US.

"Our results highlight a promising strategy for identifying genetic risk factors for neuropsychiatric disorders that we hope will eventually lead to new and more precise treatments," said Anthony W Zoghbi, MD, lead author of the paper who conducted the research while at Columbia and is now an assistant professor of psychiatry and behavioural sciences at Baylor College of Medicine. Also Read | Newcastle United vs Manchester City, Premier League 2021-22 Free Live Streaming Online & Match Time in India: How To Watch EPL Match Live Telecast on TV & Football Score Updates in IST?.

Schizophrenia, a chronic disease that disrupts brain functions causing hallucinations, delusions, and other cognitive disturbances, has a high heritability--between 60 per cent and 80 per cent.

Despite considerable progress in identifying genes associated with schizophrenia, scientists have yet to unravel the genetic mechanisms underlying disabling disorder that affects more than 3 million Americans and use that information to develop more effective treatments.

In designing the study, the research team employed an "extreme phenotype" strategy that focused on the most severely affected individuals with schizophrenia whose illness had not improved with conventional treatments.

"By enrolling individuals in this important subgroup--who have been underrepresented in genetic studies--we were able to identify the highest-burden of rare genetic mutations reported in the schizophrenia literature to date," Dr Zoghbi said.

They found that individuals with the most extreme form of the disease had a significantly higher number of damaging mutations in genes that are relevant to neuropsychiatric disorders compared to both typical forms of schizophrenia and healthy controls.

Jeffrey A Lieberman, MD, professor and chair of the Department of Psychiatry, Columbia University College of Physicians and Surgeons, and a study co-author, said the identification of rare variants associated with severe schizophrenia provides a more complete understanding of the genetic architecture of the disease that could not only help predict who is at risk of developing schizophrenia but also be used to design targeted therapeutics.

"I would hope that these results will provide support for the whole genome sequencing of patients diagnosed with schizophrenia in their first episode of illness so that they are not subject to ineffective treatments and more expeditiously be considered for treatments based on the products of their gene mutation," Dr Lieberman said.