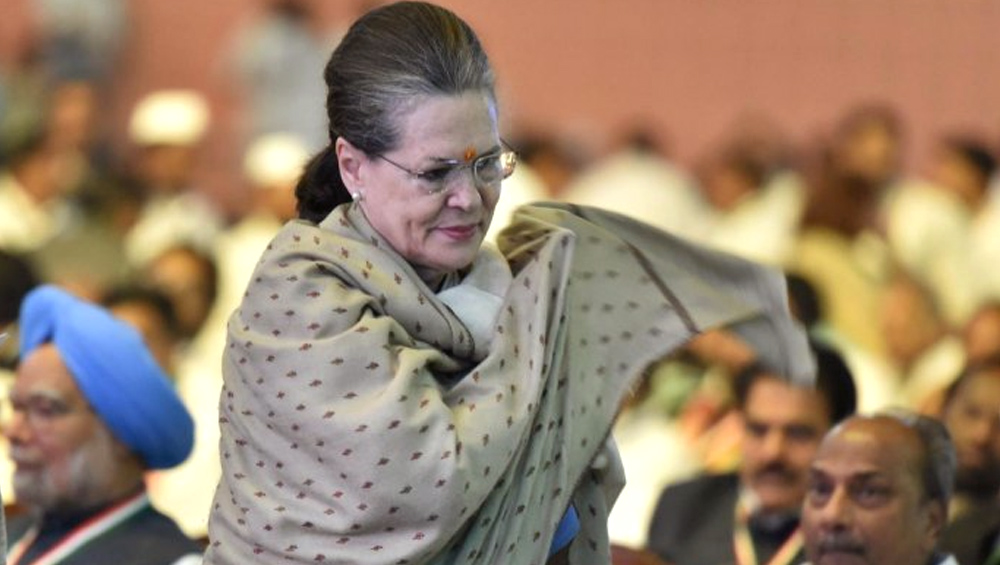 New Delhi, April 1:  Congress president Sonia Gandhi on Wednesday wrote to Prime Minister Narendra Modi seeking advance payment of 21 days' wages to MGNREGA workers across the country to help them tide over the present crisis due to coronavirus lockdown. In her letter to the prime minister, Gandhi said a large number of rural poor are without work and around 8 crore MGNREGA workers are devoid of an alternative source of income due to the countrywide lockdown, thus, they should be paid money in advance to tide over the current crisis.

"Given the urgency of providing income support to the rural poor, due to lost wages, the government may consider immediate advance payment of wages for 21 days to registered and active MGNREGA workers," she said. The Congress Parliamentary Party chairperson said the advance wages may be adjusted against the work to be done by the workers, once MGNREGA sites are opened up. Sonia Gandhi Writes to PM Narendra Modi, Supports Coronavirus Lockdown and Demands Nyay Scheme For Informal Sector.

"I request you to take immediate action and extend support to nearly eight crore rural workers in the country," she said. Gandhi said since its inception, the Mahatma Gandhi National Rural Employment Guarantee Act (MGNREGA) has been a critical lifeline for the rural poor, particularly during periods of chronic economic distress. She noted that lakhs of agricultural workers have been left unemployed during the crucial harvesting season.

Devoid of an alternative source of income, she said an increasingly large number of the rural poor are expected to demand work under MGNREGA. However, social distancing norms have rendered all works unfeasible during the lockdown, she said, adding that even when the MGNREGA works commence the workers would be paid after a month thereafter to get their wages.