2021 Australian Open champion Naomi Osaka on Sunday entered the second round of the women's singles event here in the Tokyo Olympics. 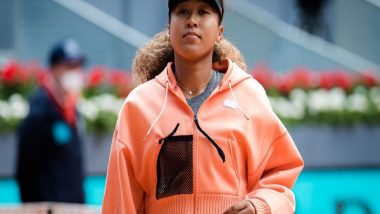 Osaka defeated China's Saisai Zheng 6-1, 6-4 in the first round at the Ariake Tennis Centre Court.

The 23-year-old brought her A-game to the Court and she did not give her opponent any chance in the first set, winning it 6-1.

Carrying on with her momentum, Osaka marched ahead and she was able to wrap up the match in straight sets.

Earlier on Sunday, Wimbledon 2021 champion Ashleigh Barty was knocked out of the women's singles.

Spain's Sara Sorribes Tormo defeated Barty 6-4, 6-3 in straight sets to enter the next round. The entire match lasted for one hour and 34 minutes.

Sorribes came out all guns blazing in the first set and Barty had no answers to what was being thrown at her, and in the end, she took the first set 6-4.

Carrying on with her momentum, Sorribes kept on her charge in the second set, winning it 6-3, and as a result, she wrapped up the match in straight sets. (ANI)