The ruling Democrats are forcing the vaccinated Americans to wear masks because of a study in India on a vaccine that has not even been approved in the US, according to a top Republican leader. 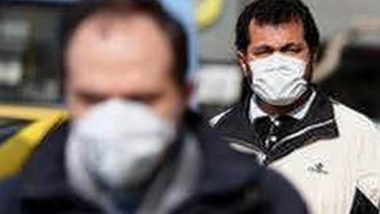 Washington, July 30: The ruling Democrats are forcing the vaccinated Americans to wear masks because of a study in India on a vaccine that has not even been approved in the US, according to a top Republican leader.

Every time the Center for Disease Control and Prevention (CDC) releases a new guidance, not only does it contradict the information they've already released but it punishes Americans who have already done everything they were asked to do, House Minority Leader Kevin McCarthy told reporters at a news conference here on Thursday. Delta Variant of COVID-19 Driving Fourth Wave in Middle East, Says WHO.

“Think about what the CDC did just this week, they forced vaccinated Americans to wear a mask because of a study in India about a vaccine that's not even in America that has not been peer reviewed,” he said. The CDC has become a political arm of the administration. It wants to control every element of Americans' life, he said.

Americans were told to get vaccinated so that they would not have to wear a mask, McCarthy said, adding that the CDC is now asking even vaccinated people to wear masks.

“The study the political CDC won't even put out the study from India but they base this -- and in their guidelines they say only in hotspots who are 85 per cent vaccinated. If you are vaccinated and you get the variant there is .003 per cent, you'd go to the hospital. There's a greater chance you got hit by lightning. But some reason Pelosi thinks a storm is coming.

“Are they using this new report because school districts are soon to open back up? We believe in science, and we want a speaker that will take the time to understand the science instead of just calling people names,” he said. On Wednesday, House Speaker Nancy Pelosi slammed the opposition leader and described him as “a moron”.

“We have a president in the White House and Democrats in Congress that are completely oblivious to the frustration the American people are feeling at this moment. Their message to the American worker is actually you will have to deal with higher costs for a while because we want to spend trillions more of your money,” McCarthy added.

He alleged that the guidance by the CDC is based on a report in India that has not been reported yet. The Republican leader, however, did not specify the report.