Get latest articles and stories on World at LatestLY. Port-au- Haitian police chief Leon Charles has resigned as the number of kidnappings and killings has surged in the country over the recent months, sparking mass protests, Prime Minister Ariel Henry announced on Thursday. 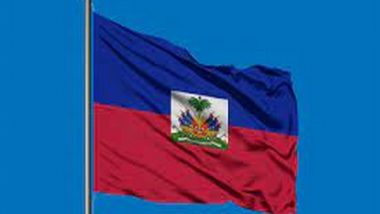 "The director general of the Haitian National Police, Leon Charles, has submitted his resignation letter. Franz Elbe will replace him," Henry was quoted as saying by the Nouvelliste daily newspaper.

Earlier in the week, Haitians went on mass strikes protesting against the violence in the country and demanding that the government take action to fight gangs. The strikes were prompted by the recent kidnappings of believers and the assassination of a pastor in the center of the capital.

The latest in the series of kidnappings happened last weekend, when 17 Christian missionaries, 16 Americans and one Canadian, including five children, were abducted and taken hostage during a trip to an orphanage outside the capital city, Port-au-Prince. The missionaries were reportedly kidnapped by the notorious armed gang called 400 Mawozo, who are known for extorting businesses and ransoming kidnapped victims.

On Wednesday, US Secretary of State Antony Blinken said the kidnapping of missionaries was indicative of a much larger problem, calling the current security situation in Haiti unsustainable as gangs dominate large parts of the country and national police cannot do anything about it.

The Centre for Analysis and Research in Human Rights reported last week that the number of kidnappings in Haiti has increased threefold from July to September compared to previous months. (ANI/Sputnik)