Pakistan's opposition parties rebuked the PTI government over the passing of the Finance (Supplementary) Bill 2021 also known as 'mini-budget' and the State Bank of Pakistan (Amendment) Bill 2021 to meet conditions set by the International Monetary Fund (IMF). 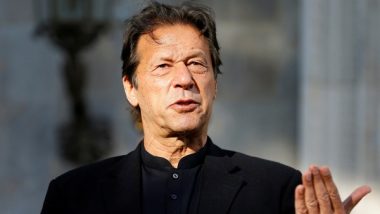 Islamabad, January 15: Pakistan's opposition parties rebuked the PTI government over the passing of the Finance (Supplementary) Bill 2021 also known as 'mini-budget' and the State Bank of Pakistan (Amendment) Bill 2021 to meet conditions set by the International Monetary Fund (IMF).

Taking to Twitter PML-N President Shehbaz Sharif said "Yesterday [Thursday] was a black day in country's parliamentary history as the government imposed a mini-budget on the people already reeling under [a] historic price hike," reported The Express Tribune. Also Read | Tanzania: Over 62000 Animals Killed by Prolonged Drought in Simanjiro.

Shehbaz lashed at the PTI-led government and added that the people would not forgive the PTI for making their lives miserable. "The masses will bury them [PTI] with the power of their vote. It's only a matter of time." The PML-N leader also mentioned the increase in the electricity tariff and lamented the increase of Rs 4.30 per unit in the tariff. Also Read | Freight Train Loots in Los Angeles: Theft Menace on Union Pacific Railroad Route As Parcel Boxes Seen Littered On Railway Line.

"The PTI government remains insensitive to the plight of the people whose lives it has already made hell," he added. Questioning the intentions of the PTI government he said, "This regime only listens to and protects the interests of its financiers and donors."

Not only Shehbaz but other senior leaders of the PML-N party, Shahid Khaqan Abbasi and Ahsan Iqbal, also chided the governance of the current regime.

Senior Leader of PML-N Abbasi, while addressing a news conference in Islamabad, said that the bills in the National Assembly were passed in haste and said the government is handing over the economic keys of Pakistan to IMF, reported The Express Tribune.