Amid the ongoing water crisis in Pakistan, Balochistan government spokesperson Liaquat Shahwani said the province would cut off the water supply to Karachi from Hub Dam if Sindh didn't stop plundering the province's share of water. 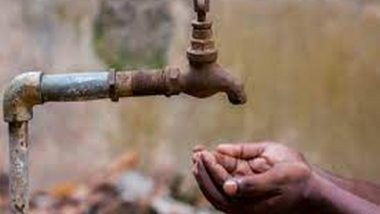 Quetta [Pakistan], June 10 (ANI): Amid the ongoing water crisis in Pakistan, Balochistan government spokesperson Liaquat Shahwani said the province would cut off the water supply to Karachi from Hub Dam if Sindh didn't stop plundering the province's share of water.

Noting that the whole country was facing a water shortage, the provincial spokesperson said that the loss was worse in Balochistan as the scarcity of water was severely affecting agriculture in the Naseerabad division and damaging its crops.

"During the water crisis, Sindh and Punjab have got 20 per cent less water, while Balochistan received lesser than them, that was 25 per cent less than its share," he said.

"If Balochistan doesn't get full water supply, will it not have a negative impact on the country's economy," he further questioned, referring to the Sindh government's claims of damage to the national economy due to lack of water in the province.

The tug of war between the Indus River System Authority (IRSA) members from Pakistan's Sindh and Punjab over water distribution has touched a new low over the opening of TP-link canal from the Indus at a time when the low riparian federating units are craving for water even for drinking purposes.

IRSA has reviewed the water situation on May 27 after giving its new estimates under which the country will experience 17 per cent water shortages during the period from May 21 to June 10.

Earlier this month, the Pakistan Peoples Party's (PPP) in Sindh chapter announced holding protests against Imran Khan's government at the district level in the Sindh province from June 3 to June 15 against acute water shortage.

Amid the rising population and climate change, the availability of freshwater is becoming worrisome in South Asia, particularly in Pakistan, which may face absolute water scarcity by 2040. (ANI)