French Prime Minister Jean Castex confirmed on Wednesday that the country is now in its fourth wave of COVID-19. 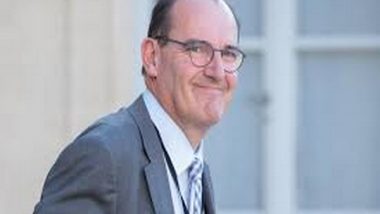 Paris [France], July 22 (ANI): French Prime Minister Jean Castex confirmed on Wednesday that the country is now in its fourth wave of COVID-19.

"We are in the fourth wave," Castex told TF1 news. "The infamous Delta variant is here, it is here, it is the majority (of cases) and what characterises it from those that preceded it is that it is much more contagious," reported euronews.

"We must react and at the same time, the key is known, it is not completely new but the contagiousness of this Delta variant obliges us even more, we must vaccinate," he said.

Castex said the 18,181 new cases recorded in the 24 hours to Tuesday afternoon represented a 140 per cent jump on the previous week and claimed that 96 per cent of these new infections were observed in unvaccinated people, reported euronews.

His television address comes as the COVID-19 health pass -- attesting the holder has either been fully vaccinated, tested negative over the previous 48 hours or recovered from the disease over the previous six months -- is being made mandatory to visit leisure and cultural venues.

Meanwhile, a bill planning for the health pass requirement to be extended to bars, restaurants, shopping centres and long-distance public transport from early August is currently being debated by French MPs.