Get latest articles and stories on World at LatestLY. Prime Minister Narendra Modi has topped the global rating amongst world leaders with an approval rating of 71 per cent. 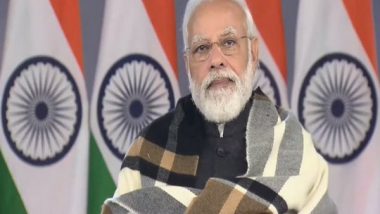 On the list of the 13 world leaders, US president Joe Biden is ranked at number six with a 43 per cent rating. Biden is followed by Canadian President Justin Trudeau also at 43 per cent and Australian Prime Minister Scott Morrison at 41 per cent.

Even in November 2021, Prime Minister Modi had topped the list of the most popular world leaders.