US, China Agree to Work Together to Tackle Climate Crisis 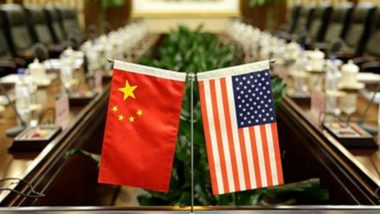 "The United States and China are committed to cooperating with each other and with other countries to tackle the climate crisis, which must be addressed with the seriousness and urgency that it demands. This includes both enhancing their respective actions and cooperating in multilateral processes, including the United Nations Framework Convention on Climate Change and the Paris Agreement," the US State Department said in a statement following the talks between the two countries in Shanghai. QUAD Summit 2021 to Announce Major COVD-19 Vaccines, Climate Change and Tech Initiatives: US Officials.

Both countries look forward to the US-hosted Leaders Summit on Climate on April 22/23. They share the Summit's goal of raising global climate ambition on mitigation, adaptation, and support on the road to COP 26 in Glasgow, the statement said.

In preparation for the upcoming COP26, scheduled for November in Glasgow, the US and China will continue to discuss concrete actions in the 2020s to reduce emissions aimed at keeping the Paris Agreement-aligned temperature limit within reach.

The US and China remain "firmly committed" to working together and with other countries to strengthen the implementation of the Paris Agreement, the statement said.