The United States seeks a five-year extension of the New START treaty, the White House has said, asserting that President Joe Biden has long been clear that this is in the national security interest of the US. 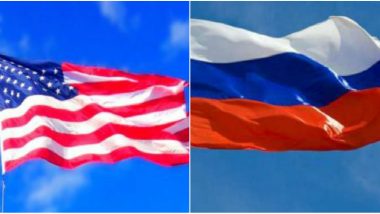 Washington, Jan 22: The United States seeks a five-year extension of the New START treaty, the White House has said, asserting that President Joe Biden has long been clear that this is in the national security interest of the US.

“The United States intends to seek a five-year extension of New START as the treaty permits. The president has long been clear that the New START treaty is in the national security interest of the United States,” White House Press Secretary Jen Psaki told reporters at her daily news conference.

This extension makes even more sense when the relationship with Russia is adversarial as it is at this time. New START is the only remaining treaty constraining Russian nuclear forces and is an anchor of strategic stability between the two countries, she said.

“Even as we work with Russia to advance US interests, so too we work to hold Russia to account for its reckless and adversarial actions,” she said.

And to this end, the president is also issuing a tasking to the intelligence community for its full assessment of the Solar Winds cyber breach, Russian interference in the 2020 election, its use of chemical weapons against opposition leader Alexei Navalny, and the alleged bounties on US soldiers in Afghanistan, Psaki said.

Pentagon's new spokesman John Kirby said that Russia's compliance with the treaty has served American national security interests well, and Americans are much safer with New START intact and extended.

“Extending the treaty's limitations on stockpiles of strategic nuclear weapons until 2026 allows time and space for our two nations to explore new verifiable arms control arrangements that could further reduce risks to Americans,” Kirby said.

The Pentagon, he said, stands ready to support the state department as they effect this extension and explore those new arrangements.

“Just as we engage Russia in ways that advance American interests, we in the department will remain clear-eyed about the challenges Russia poses and committed to defending the nation against their reckless and adversarial actions,” he said. Senator Dianne Feinstein supported the move.

“I am pleased to see President Biden will seek a five-year extension of New START, our last remaining bilateral nuclear arms control treaty with Russia," she said.

"Extending New START is essential to preventing a dangerous and costly nuclear arms race between us and Russia, and I applaud President Biden for taking immediate action on this pressing issue,” she said.

An agreement to extend New START for the full five years that the treaty allows would preserve the security benefits of the agreement for the maximum amount of time, while allowing for negotiations to take place on additional nuclear and missile control agreements, Feinstein said.

She urged Biden and Russian President Vladimir Putin to finalise a five-year extension of the treaty immediately, before it expires on February 5.

“A nuclear arms race should always be avoided, especially at a time when the world is facing grave public health and economic consequences as a result of the global pandemic,” she said.