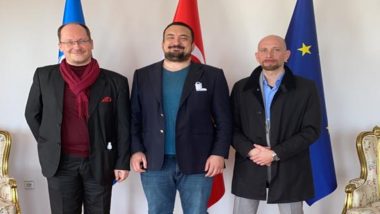 The extensive portfolio consists of 422 patents invented by Erdal Can Alkoclar and Metehan Yesil that includes 1134 ingredients; with a wide range of potentially curative and adjuvant formulations ranging from antiviral anti-bacterial and anti-fungal agents to senolytic, pro-somathropic, anti-asthenic, myotrophic , nootropic and anti-carcinogenic compounds.

Esen Darlan; the CEO of TBY Holdings stated that the portfolio has a dual potential usage ; both as scientific securities that may be finalized as both pharmaceutical and bioceutical formulations in US market and also as solid collaterals for banking and credit  loans.

"Composed entirely of Turkish inventions facilitated by Turkish teams, we are eager to further export our biotechnological know-how & facilitate technology transfers especially to African and Middle Eastern regions while simultaneously establishing joint ventures with US companies to finalize our formulation patents as registered drugs and supplements in North American Market" stated Mahmut Ogul, the chief consultant to the Board of TBY Holding.