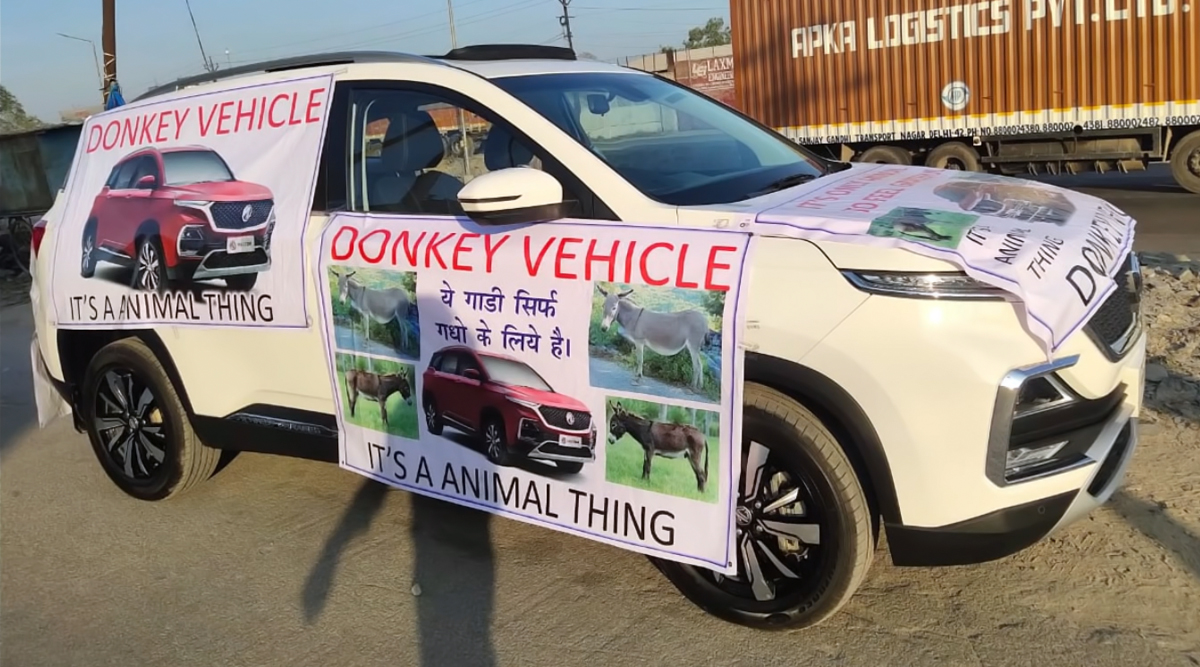 An unhappy MG Hector customer decided to pull his premium SUV with a donkey and labelled the same as 'Donkey Vehicle'. The disgruntled buyer’s experience with MG Hector was uploaded on YouTube that soon went viral, and the netizens started questioning MG Motor India regarding the same. It is important to note that the video was uploaded on Arun Panwar's YouTube channel on December 3, 2019. And, Arun Panwar is not the actual owner of the car. The video has gone viral with garnered over 1 million views. MG ZS EV Electric SUV Officially Unveiled; To Be Launched in India By Early Next Year.

As seen in the video, the unsatisfied customer namely Vishal Pancholi From Udaipur went ahead to express his discomfort with MG Hector SUV by covering it with a poster featuring slogans such as ‘Donkey Vehicle’ and ‘It's an animal thing’.

The customer claimed in the video that he faced some issues related to clutch on his newly purchased MG Hector. He further mentioned that the company officials failed to provide a fix for the same. Instead of resolving the issue, they threatened him for his acts.

To find out more on the same, we contacted MG Motor India regarding a statement on the same. The company official said that the company took all the necessary steps to satisfy the customer and resolve the matter. It also has been claimed that the customer is looking to leverage undue advantages for the same despite being offered 100 percent return or replacement.

Sir, we have fixed the car and as he is still not satisfied have offered 100% return or replacement which he has refused as he wanted more. You pl advise what else should we do?

The same has been confirmed by Rajeev Chaba - President & MD, MG Motor India as he replied to one of the Twitter user highlighting the issue on the micro-blogging site. 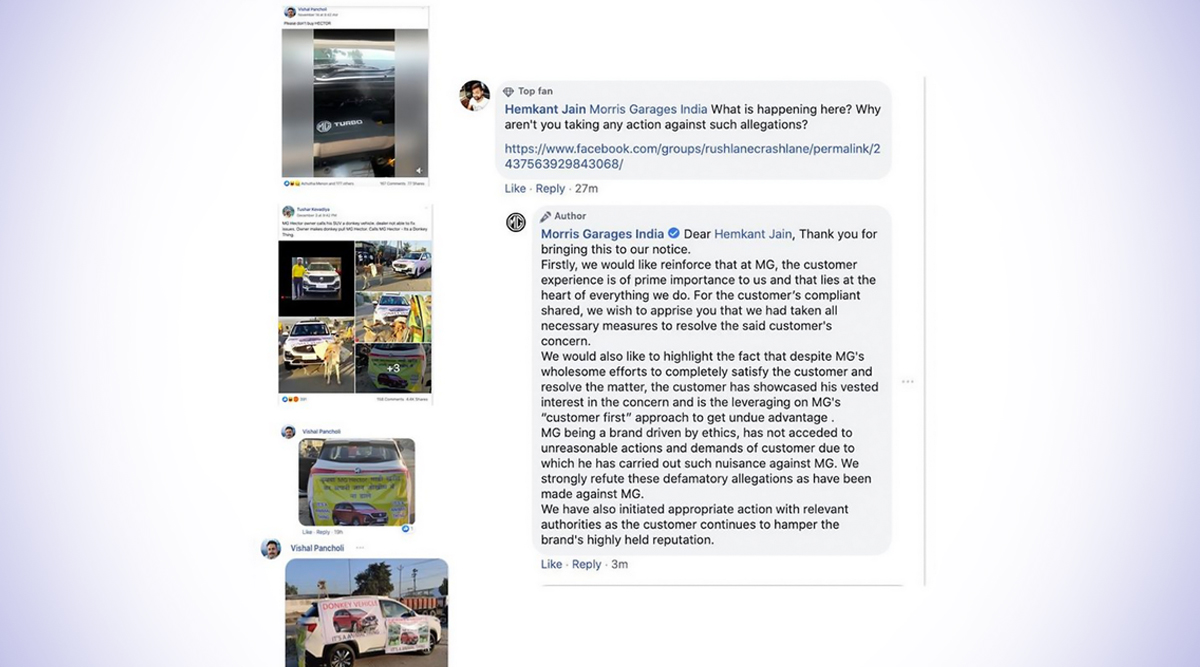 MG Motor India also mentioned in a statement that, "We have also initiated appropriate action with relevant authorities as the customer continues to hamper the brand's highly held reputation."

As a reminder, MG Hector premium SUV was launched in the Indian market earlier this year in June. The premium offering from MG Motor India comes in four variants - Style, Super, Smart and Sharp. The SUV is offered with a starting price of Rs 12.48 lakh (ex-showroom) and goes up to Rs 17.28 lakh (ex-showroom) for the top-end model. The premium SUV takes on Kia Seltos, Hyundai Creta, Jeep Compass, Tata Harrier and Mahindra XUV500.