Secret Santa, a horror-thriller web series, is going on floor in the month on Nov and is going to rock the OTT platform on this Christmas. 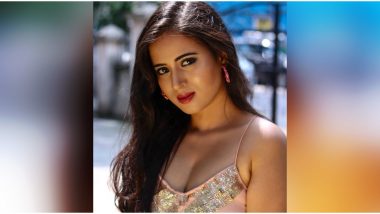 Actress Aayat Shaikh has been finalised in the web series Secret Santa, a project by Innocent Virus Films which shall be aired with Viacom18. The Mumbai based Production house has selected actress Aayat Shaikh after auditioning many aspirants. Secret Santa, a horror-thriller web series, is going on floor in the month on Nov and is going to rock the OTT platform on this Christmas.

Aayat Shaikh, a total amateur with no film industry background in the family, was so new to the field that she didn't know how to start with it. She just had one aim in heart and that was to see herself on the big screen. She has always liked to be known and be the centre of attraction wherever she goes. She has always believed that she has to reach the pinnacle of success in her life where everyone recognizes her as a terrific actor.

She started this journey after completing her BBI, and says that the journey has not been so easy. It was full of disappointments and rejections in every audition which led her to depression.

After all this hardship, her journey started and till date, she has done 6 music videos, a short film, many western, bridal, ethnic wear shoots, ramp shows, has played a parallel lead role in a Chattisgarhi film, has played a 'Cop' in an episode of a web crime show . She has won an award in modelling from Rudraksha studio, Ratlam.

She has her upcoming lead in the music video with Jonita Gandhi and Parry G, another music video with T Series Regional, in which the song is sung by Sadhna Sargam in her bag. Her upcoming projects with T-Series Regional also include a song in which she played a blind character which will be out soon. She is also receiving offers from Punjabi films.

This is going to be the first stint of Aayat in web-series and She is very confident that this project is going to be a hit and she will be appreciated through this Secret Santa.

(This is an unedited story from a Syndicated/Partnered/Sponsored feed, LatestLY Staff may not have modified or edited the content body)

(The above story first appeared on LatestLY on Oct 11, 2019 07:02 PM IST. For more news and updates on politics, world, sports, entertainment and lifestyle, log on to our website latestly.com).