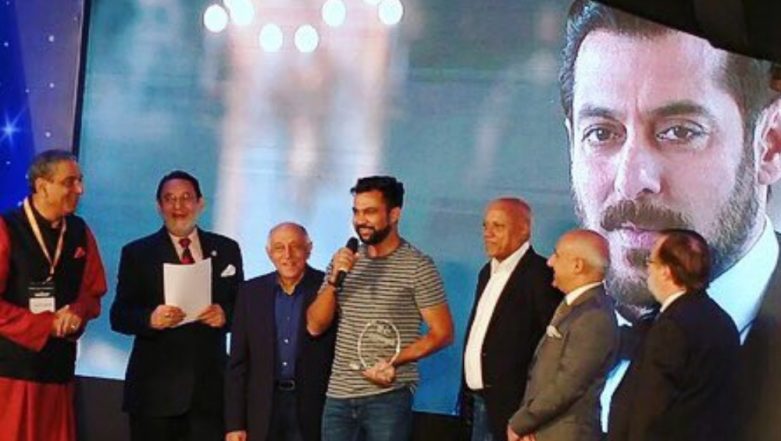 Ali Abbas Zafar's Tiger Zinda Hai, featuring Salman Khan and Katrina Kaif as main leads, was the biggest hit of 2017. The movie was shot in the scenic locales of several countries including Austria and Abu Dhabi. The locations did play a huge role in making the film look so beautiful. Also, which is why Cinemascapes has honoured Ali with an award for promoting tourism.

Cinemascapes is holding a cinema tourism summit. The event was the perfect opportunity for the organisers to honour Ali.  The filmmaker shared the pictures fo the moment on his social media accounts.

Thank you for all the love and award @TigerZindaHai @yrf pic.twitter.com/7GcMJy1ypx

The shooting took place in Abu Dhabi, Austria, Greece and Morocco. The last song of the movie, ‘Swag se Swagat’, was shot in the Aegean island of Naxos, Greece. For us, its success is also a success of locations, the power of tourism drawing crowds to cinema,” said Navin Berry, organiser of Cinema Scapes

Ali should be expecting to get the same award next year as well. As currently, the filmmaker is busy shooting for his next film Bharat. The movie reunites him with his Tiger Zinda Hai actors, Katrina Kaif and Salman Khan. The cast and crew of the film have wrapped up shooting schedules in Malta and Abu Dhabi, and the next one will be taking place in Punjab. So, you can see this movie, too, will tickle the traveller in you and compel you to get a first-hand experience of the locations in the movie.