Ali Fazal on Completing 10 Years in Bollywood: ‘There Has Been a Lot of Growth as an Actor’

Having worked with the best of bests in Hollywood and Bollywood, Ali Fazal, who has completed a decade's run as an actor, is happy with the way his career has shaped up but not satisfied with it. "As an actor? (One is) Never satisfied. You can ask anybody. 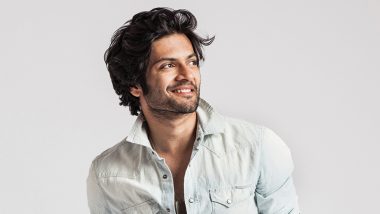 Having worked with the best of bests in Hollywood and Bollywood, Ali Fazal, who has completed a decade's run as an actor, is happy with the way his career has shaped up but not satisfied with it. "As an actor? (One is) Never satisfied. You can ask anybody. I am very happy with where I am in my career but of course, there are miles and miles to go," Ali told IANS. The actor ventured into the world of acting with a cameo in the Aamir Khan-starrer 3 Idiots in 2009. He was later seen in films as Always Kabhi Kabhi, Fukrey, Happy Bhag Jayegi, Fukrey Returns and Milan Talkies. Are Richa Chadha and Ali Fazal Ready to Tie the Knot?

"I completed a decade this year. If I had to describe it then it has been generously democratic. I started with a cameo in '3 Idiots' and then did ensemble and leading roles. Now, of course, there has been a lot of growth as an actor. I think I needed that. It was important and I am happy... I am on world stage and nice to be a part of that," he said. Later in his career, Ali managed to feature in international movies such as Furious 7 and Victoria & Abdul. The 32-year-old actor says the work culture be it Bollywood or Hollywood is defined by the "team you are working with". Ali Fazal Hits Out at ‘Tadka’ Producers over Non-Payment of Dues After They Release a Song from the Delayed Movie.

"Sometimes there are great teams that I have worked with in Bollywood, who just take utmost care and who are out there doing the right amount of pre production, and it shows -- because content driven cinema is on the rise. But in Hollywood, it has been an old practice because there is so much more at stake there. The money is more -- their low-budget films come close to our high-budget films," he said. Ali says he always looks forward to bridge these gaps. "I just have to balance it and that's sometimes kind of takes a toll," he said.

Is their any movie Ali would like to remove from his career trajectory? "There are two films but it will be unfair to name those films because there are other people involved. It would be unfair. I know there are two films I would happily remove," quipped the actor, who will be co-hosting the IIFA ROCKS segment for the 20th International Indian Film Academy Awards (IIFA) edition in Mumbai.

The actor says he is excited to co-host the event with actress Radhika Apte. "It sounds like 'Spiderman' and that's why I love it. Homecoming of IIFA. I think it's really cool and it is happening for the first time in Bombay and I have been associate with IIFA with Radhika. It is a new high... I am looking forward to hosting IIFA Rocks," he said.

(The above story first appeared on LatestLY on Sep 11, 2019 06:21 PM IST. For more news and updates on politics, world, sports, entertainment and lifestyle, log on to our website latestly.com).