Bandish Bandits is streaming on Amazon Prime Video and it is the music of the film that has left the internet in love with it. 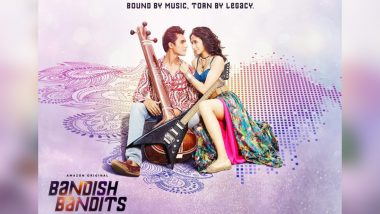 Blending classical music with Bollywood film music was a common trend back in the day. It adds a flavour of distinct Indianness to every song as the nuances of Indian classical music are simply fascinating. But it is definitely heartwarming to see people taking to Bandish Bandits' music in a big way. A classical, modern-pop, traditional folk, and fusion album of BB has taken the internet by storm. While Shankar-Ehsaan Loy is getting a lot of thumbs up for the composition, Shivam Mahadevan is garnering acclaim for his vocals. A few of the songs are unlike anything you have listened to in recent times and that makes it such an unusual hear. Bandish Bandits Season 1 Review: Ritwik Bhowmik, Shreya Chaudhry’s Musical Saga Gets Its Tune Right With Shankar-Ehsaan-Loy’s Brilliant Soundtrack and Amazing Supporting Cast

Many of the listeners have been bowled over by many of the songs. There are some who are wondering why is this album not becoming a famous one. But if they keep talking about the songs, this album will definitely get a lot of likes more.

Here's the link to the jukebox

Couple goals is mesmerising everyone! 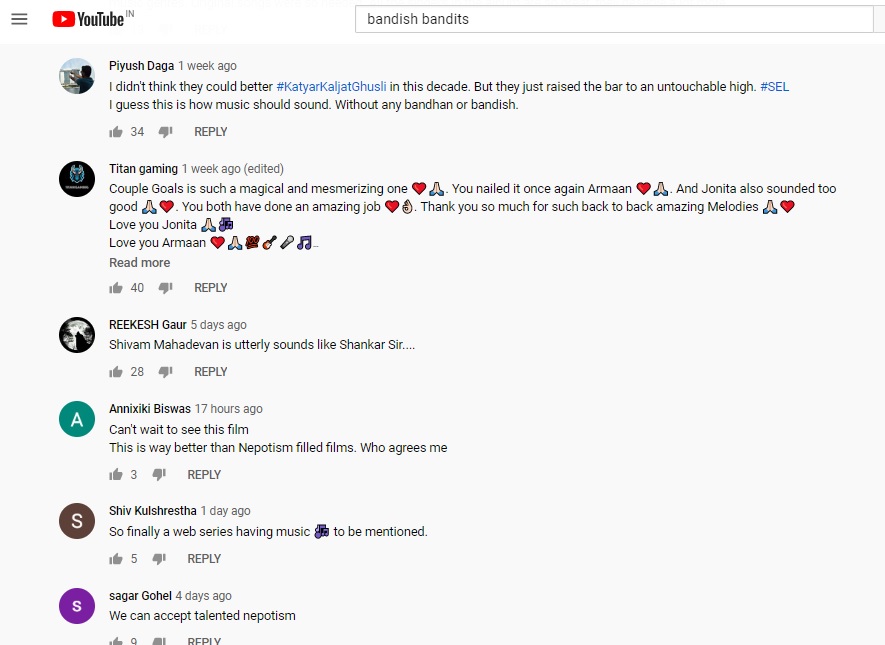 Shivam Mahadevan it is! 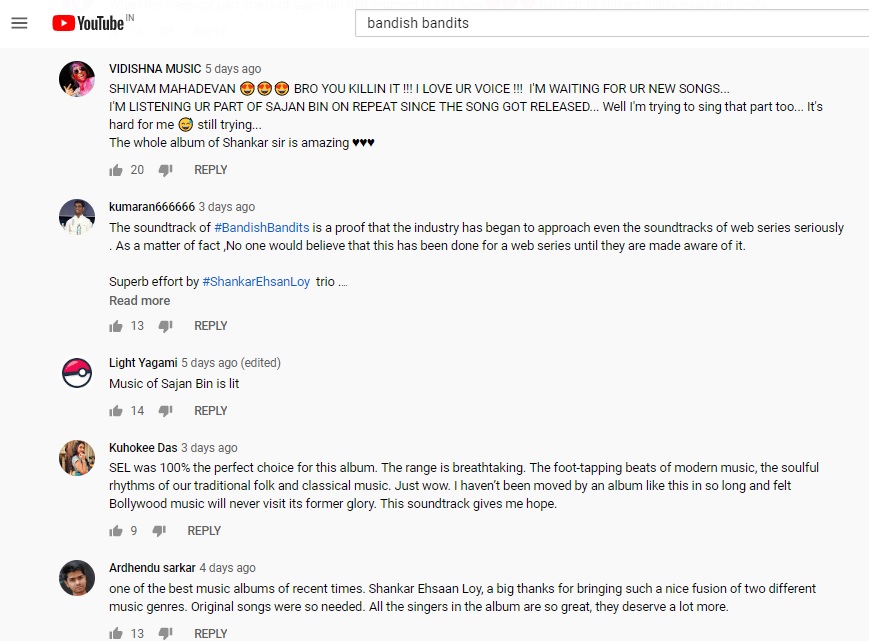 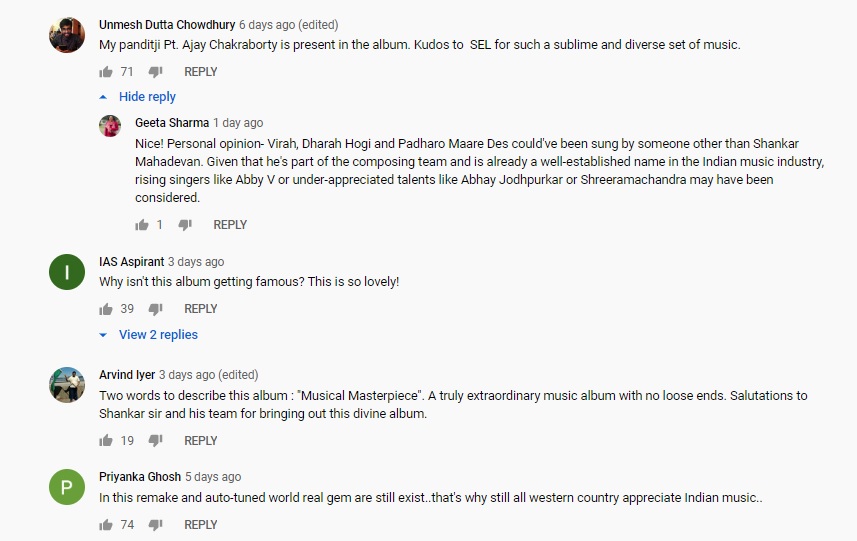 Speaking about having Shankar-Ehsaan-Loy as the music composer for BB, director Anand Tiwari told Hindustan Times, "We couldn’t think of anyone else, who could’ve done something as magnanimous, as deeply traditional and as deeply today. They are like an ocean of knowledge as far as music is concerned. When we approached them, they were so moved by the piece. I don’t know if they knew what they were saying yes to, given the ridiculous amount of work they have put in (laughs). A lot of drama which deals with music was planned after our sessions with Shankar sir." It definitely worked enormously for the show.

(The above story first appeared on LatestLY on Aug 04, 2020 03:30 PM IST. For more news and updates on politics, world, sports, entertainment and lifestyle, log on to our website latestly.com).