Before Black Mirror Bandersnatch, This Bollywood Movie Forced Viewers to Make a Choice for the Main Character – Watch Video

Have you seen the trailer of this Nawazuddin Siddiqui starrer? 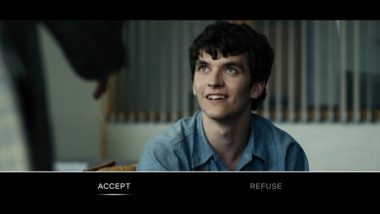 The internet is drooling over Netflix's groundbreaking Black Mirror episode, Bandersnatch. The special episode makes the viewers choose the actions of the main character in the narrative, resulting in different fates. From choosing between two options between breakfast cereals to how to murder his father, viewers make the tough choices. Goes without saying its hella fun, but it also makes you reevaluate your moral ground as you see the main man go from disturbed to batshit crazy maniac, only because of the choices you made for him. This won't be the first choose your own adventure film produced by Hollywood. The idea has been toyed, though badly, by Return to the House of the Haunted Hill in the past.

Apart from many examples from Hollywood, there is one gem of a sort in Bollywood as well. The Hindi film Monsoon Shootout also toyed with the idea of interactiveness. But the point to remember is that the Nawazuddin Siddiqui starrer did not really commit to the idea. Daredevil Cancelled At Netflix After Three Seasons! Deborah Ann Woll Shares an Emotional Note.

Monsoon Shootout has the main character go through consequences of two different choices in the movie, returning to the same conjecture three times. But that was not in audience's hand. But the makers did manage to release the trailer as an interactive one.

Makers released the first trailer for Monsoon Shootout on December 4, 2017. As the trailer reaches the turning point, the baton is passed over to the audience. The audience had to pick the action of the main character between the two choices given. Each choice resulted in the viewers being redirected to a different ending of the trailer.

Watch the trailer of Bandersnatch here:

Even Priyanka Chopra found the interactive trailer of Monsoon Shootout to be engaging:

Shoot or not to shoot? YOU get to decide what happens next in the trailer for #MonsoonShootout what a cool idea! So glad to see filmmakers innovate & push boundaries of the filmmaking process... https://t.co/m2HJLvPIpg

(The above story first appeared on LatestLY on Dec 29, 2018 06:07 PM IST. For more news and updates on politics, world, sports, entertainment and lifestyle, log on to our website latestly.com).