Bhool Bhulaiyaa 2 Get Together! Kartik Aaryan, Kiara Advani, Tabu and Others Make a Stylish Arrival for the Party (View Pics) 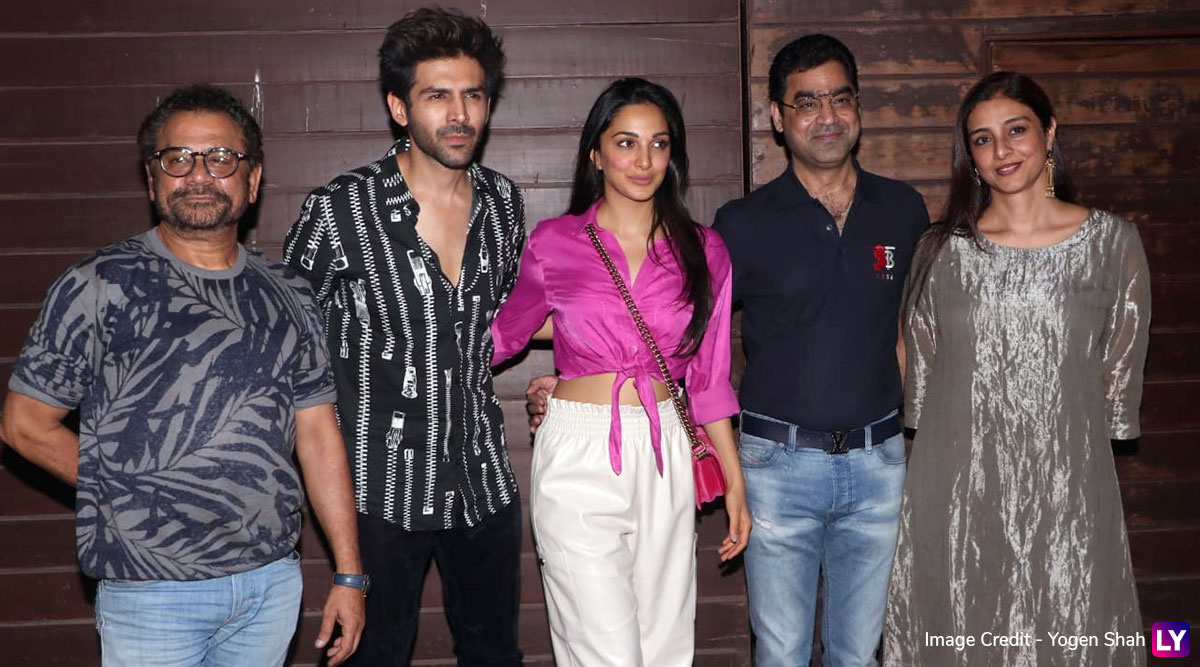 Bhool Bhulaiyaa 2 is the sequel of Bhool Bhulaiyaa (that featured Akshay Kumar, Shiney Ahuja, Vidya Balan, Ameesha Patel in the lead) that released in 2007. This 2020 flick features Kartik Aaryan, Kiara Advani and Tabu in the lead roles. Directed by Anees Bazmee, this horror-comedy is one of the most anticipated projects of this year. Fans are eagerly looking to see Kartik’s character, Dr Aditya Shrivastav (the role that Akshay Kumar had played in Bhool Bhulaiyaa). Also, we just cannot wait to see how the makers are going to surprise this time in the sequel. Bhool Bhulaiyaa 2: Akshay Kumar Will NOT Have A Cameo In This Kartik Aaryan Film, Confirms Director Anees Bazmee.

When Kartik Aaryan’s look was released, all we could reminisce was the tunes of the track, “Hare Ram Hare Ram. Hare Krishna Hare Ram”. On February 18, a get together party was held at producer Murad Khetani’s residence for the team of Bhool Bhulaiyaa 2. Kartik Aaryan, Kiara Advani, Tabu, Anees Bazmee, all of them made a stylish appearance for the gathering that was held in Juhu, Mumbai. Kartik looked dapper in his casual avatar. He opted for a black shirt that had white zipper prints on it and teamed it with black jeans. Kiara looked pretty in a pink coloured front-knot crop top and teamed it with high-waist pants. Tabu wore a shimmery knee-length dress. The team definitely looked stunning! Vidya Balan to Reprise Her Role of 'Avni' in Kartik Aaryan- Kiara Advani's Bhool Bhulaiyaa 2? 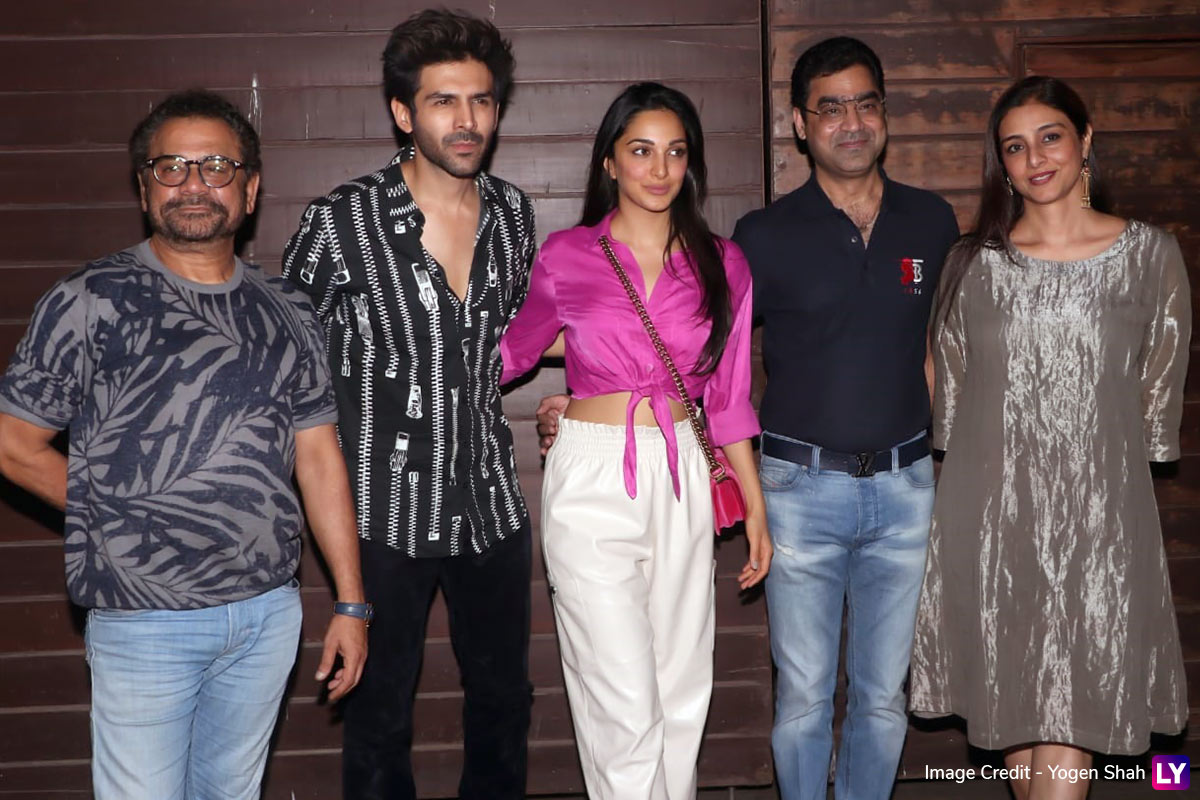 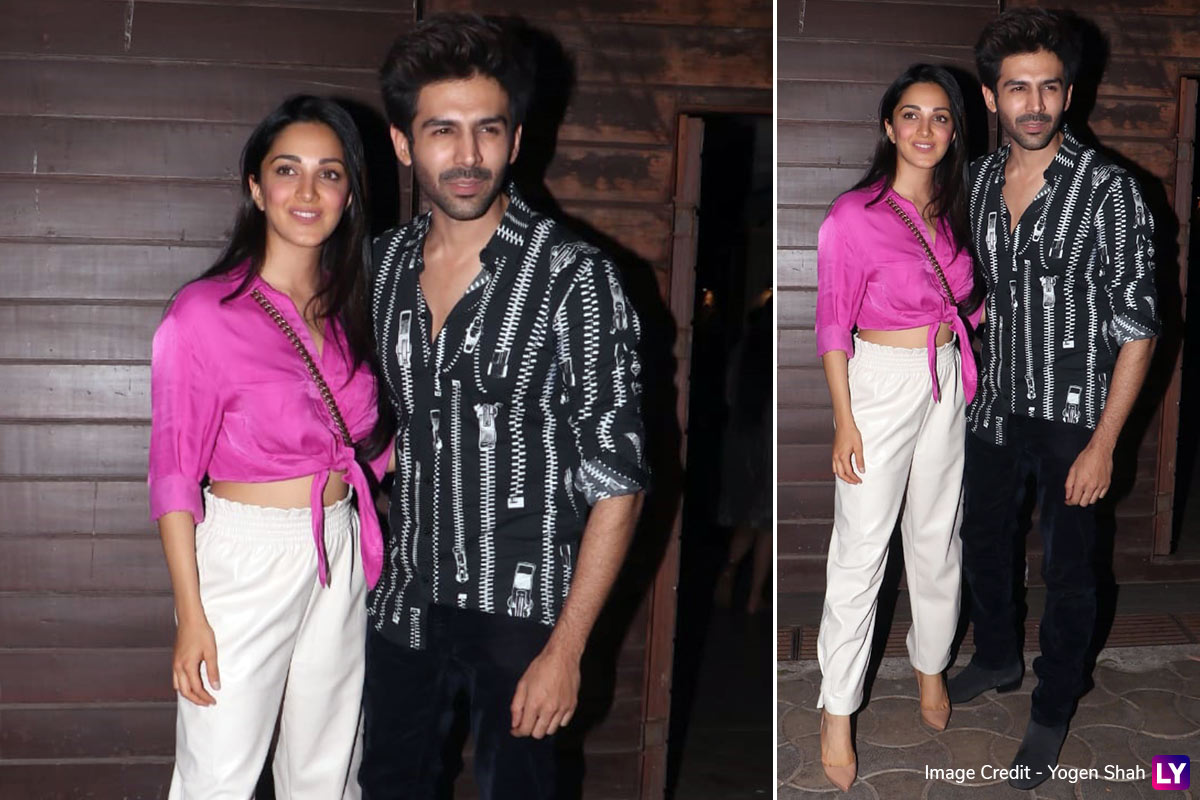 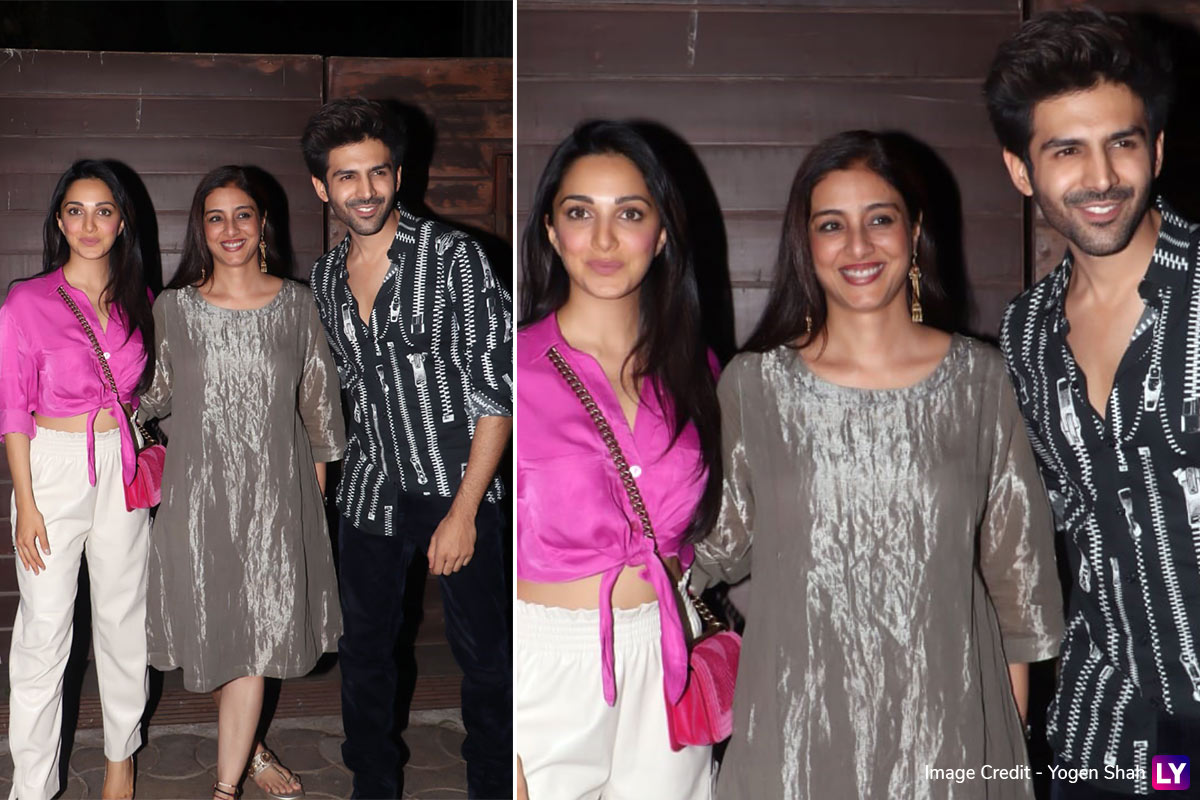 Posing For The Shutterbugs

Bhool Bhulaiyaa 2 is co-produced by Bhushan Kumar’s T-Series. The horror-comedy is all set to hit the big screens on July 31, 2020. Keep watching this space for more updates!