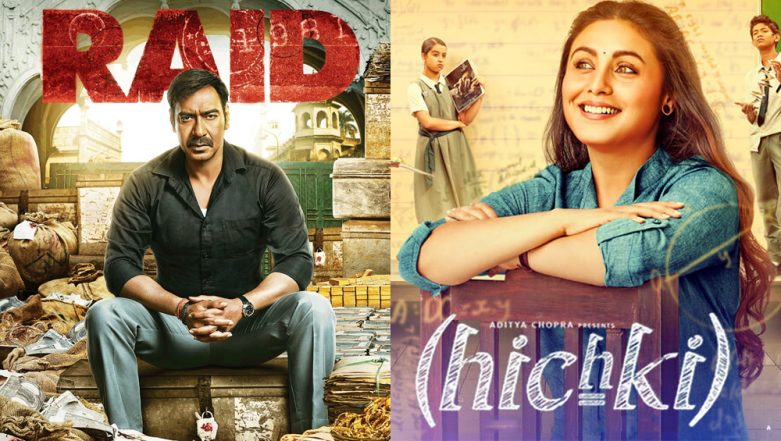 Rani Mukerji's Hichki is having a steady run at the box office. The movie which is touted as the comeback of the much loved actress after a gap of four years, had got good reviews from the critics and been enjoying some really engaging word of mouth publicity. Hichki is produced by Yash Raj Films and is directed by Siddharth P Malhotra. The movie also stars Neeraj kabi, Shiv Subramaniam, Hussain Dalal, Supriya Pilgaonkar and Sachin.

Hichki has been drawing in the family audiences and has been seeing a steady growth over the weekend. As per trade analyst Taran Adarsh, Hichki has grown from strength to strength over its three day-run. However, he also mentioned that the movie has to do better over the week.

We have to note here that Hichki is made on a budget of Rs 20 crore and that includes the marketing costs as well. So it should be profitable by the end of the week's run.

At the same time, Ajay Devgn's period thriller Raid is still going strong despite being in the second week. In fact it is doing better business than Hichki.

However with Baaghi 2 arriving this Friday with great expectations, both the movies will have a tough time ahead.