Did You Know Zoya Akhtar Made A Pentagram Music Video That Landed in Censor Troubles?

Zoya Akhtar along with her brother Farhan directed a music video for Pentagram's "The Price of bullets". But that landed in trouble for being 'politically motivated'. Read on to know why it is so. 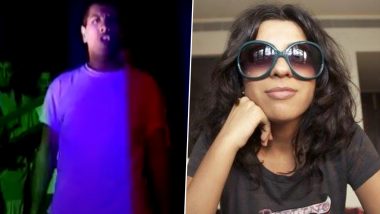 Zoya Akhtar is one of the most promising filmmakers of her generation. The hold she has on her characters in movies is simply fantastic. That's also because as a director, Akhtar is absolutely clear about what she wants from them and where does she want to take them. Be it Murad in Gully Boy or Sona Mishra in Luck By Chance, the nuances of the people in the story are exquisitely defined. In fact, in Zindagi Na Milegi Dobara, friendship is not an emotion but a parallel character in the film which evolves with every passing frame. Guess what, this streak began with a music video that was blacked out on TV. Jee Le Zaraa: Zoya Akhtar Shares Glimpse of Priyanka Chopra, Alia Bhatt and Katrina Kaif Film’s Script Session.

Zoya Akhtar along with her brother Farhan directed a music video for Pentagram's "The Price of bullets". The song was said to be anti-Kargil war and 'highly politically motivated'. Such was the impact that music channels took it off air.

Vishal Dadlani, the vocalist of Pantagram and now a prolific composer, had informed DNA, "Rock music is restricted; there is heavy censorship on everything. Anyone who talks anti-war is termed anti-national.

"The Price of Bullets" was India's first direct-to-internet release. The song was written by Javed Akhtar. Shankar Mahadevan too was part of the project.

(The above story first appeared on LatestLY on Jan 08, 2022 01:00 PM IST. For more news and updates on politics, world, sports, entertainment and lifestyle, log on to our website latestly.com).