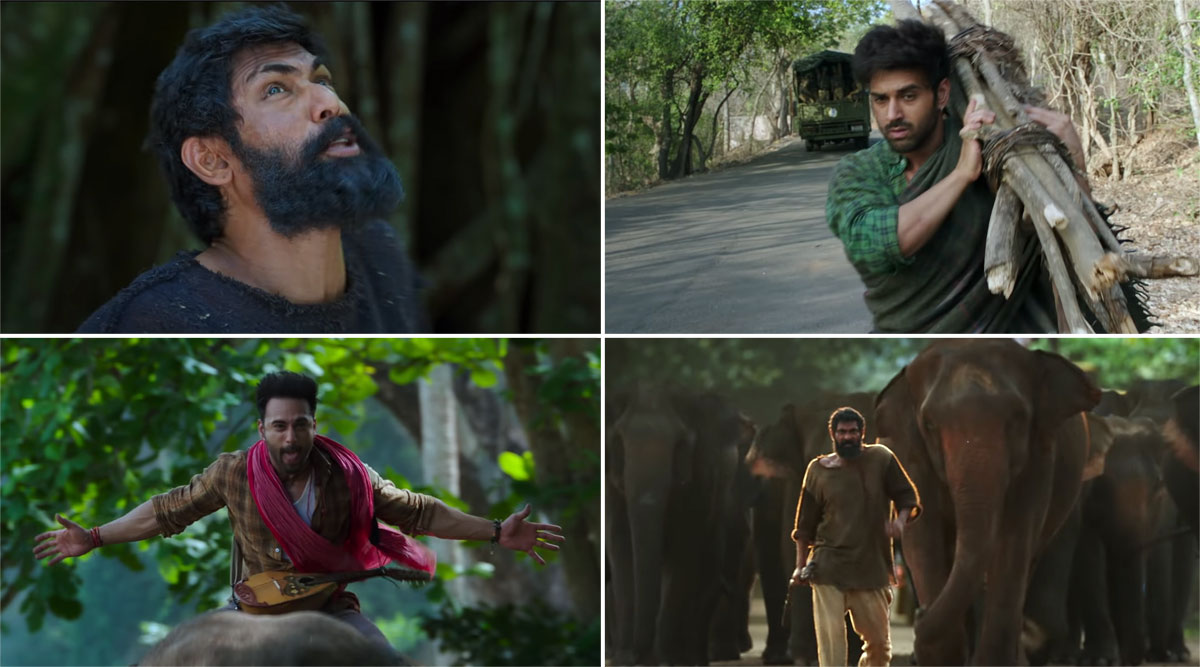 Rana Daggubati's Haathi Mere Saathi is finally hitting the screens after three long years but he promises the long wait would be worth it. The movie revolves around the actor and his fight to save the forests. Rana plays a desi version of Tarzan, who's well acquainted with jungles and treats animals as his friends or should we say, close friends. He interacts with them in their languages and can even feel their emotions. The first teaser of the movie narrates the plot of the movie and there are chances that Vidyut Jammwal's Junglee that released in 2019 may cross your mind. Rana Daggubati Calls Out The Producer Of 1945, Says 'This is His Idea Of Cheating More People'.

The teaser displays Rana and Pulkit who plays his friend fighting for the conversation of the forest. The cinematography looks great and those picturesque visuals of the woods invite you to witness them personally. Haathi Mere Saathi will simultaneously release in Tamil, Telugu and Hindi. South actor Vishnu Vishal will play Pulkit's role in the regional versions.

Watch the Hindi Trailer Below

Watch the Trailer of Kaadan (Tamil)

Haathi Mere Saathi is essentially a tribute to Rajesh Khanna who starred in the 1971 classic with the same name. Though it's not a remake as such and has a different plot entirely, the makers have paid an ode to the late actor. The film will hit the screens on April 2, 2020.