It’s A Year Already Since Sara Ali Khan Made Her Bollywood Debut! Kedarnath Actress Shares Memorable Moments from the Sets of the Film (View Pics) 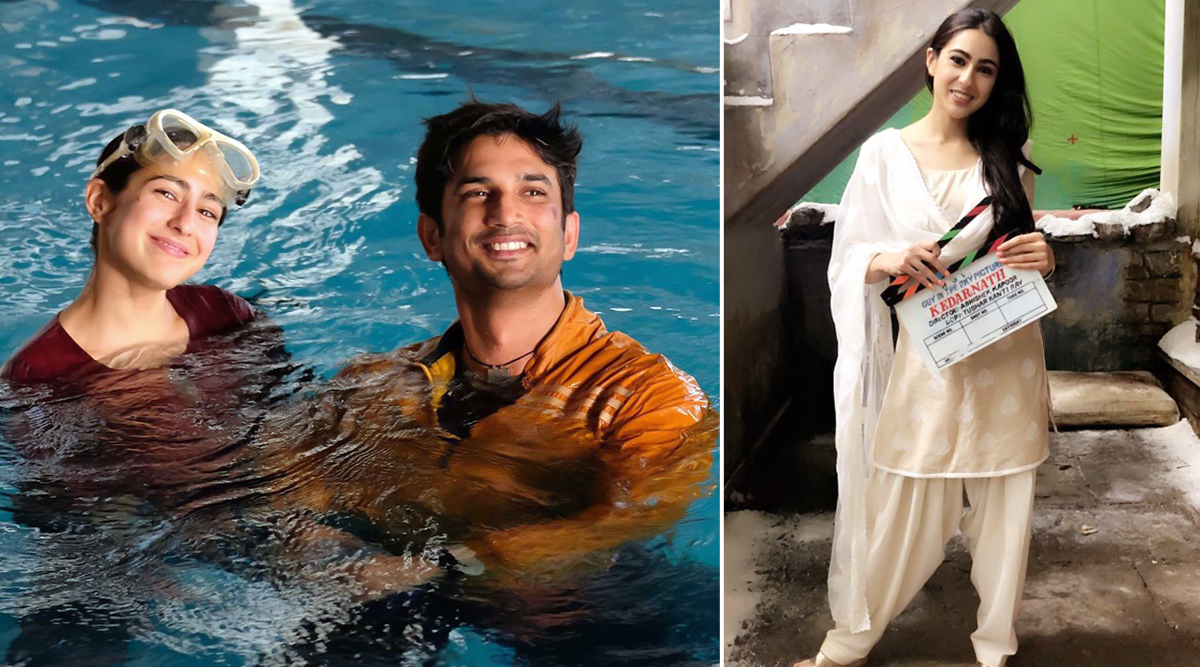 Saif Ali Khan and his ex-wife Amrita Singh’s daughter Sara Ali Khan made her Bollywood debut in December 2018. It was on December 7, 2018 that Sara’s debut film Kedarnath released. It has not only been one year of Kedarnath, but also a successful one year of Sara since her debut. Sara, who is known for her cheerful nature, has shared few moments from the sets of her debut film and also a note to director Abhishek Kapoor, co-star Sushant Singh Rajput and other team members. 64th Filmfare Awards 2019: Sara Ali Khan Wins Best Debut for Kedarnath.

While sharing the pics on Instagram, Sara Ali Khan captioned it as, “I can’t believe it’s been a year since everyone met Mukku for the first time. Kedarnath has been and will always remain an integral part of me. Thank you @gattukapoor and @kanika.d for making me meet, imbibe and portray Mukku @sushantsinghrajput I truly appreciate all that you did to support me and help me consistently throughout this journey, I couldn’t have asked for a better Pithoo to carry me through all of this! Thank you Tushar Sir for shooting this film with so much love @jehanhanda thank you for constantly having your eyes on me and always having my back And thank you to all the people that have accepted me, given me so much love and allowed me to be a humble part of the Indian film industry for a year now! #jaibholenath”. Sara Ali Khan was Born to be an Actress and these Throwback Pictures of hers are Proof of It.

And Here Are Those Lovely Pics From The Sets Of Kedarnath

After Kedarnath, the next film of Sara Ali Khan that released in the same year was Simmba, in which she shared screen space with Ranveer Singh. She has two more projects in her kitty – an untitled film with Imtiaz Ali and Coolie No. 1. We must say, in such a short span of time Sara Ali Khan has left everyone impressed with her excellent work.