Kangana Ranaut Does Not Apologise, but Asks Media to BAN Her - Watch Videos 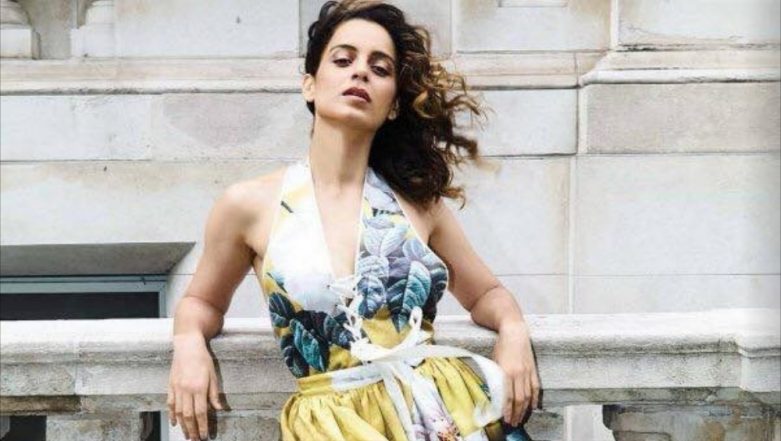 Kangana Ranaut has been in the controversy for quite a while. She was recently seen indulged in a spat with a journalist at the press event for her upcoming film Judgementall Hai Kya. Later on, the Entertainment Journalist Guild of India (EJG) asked for an apology from Kangana for her statements against the media or they would ban her and her film. In a further development, they did state that they would support the film but would still ban Kangana if she does not apologize. However, now, the actress released two videos, shared by sister-manager Rangoli Chandel. In the video, she has clearly stated that she will not apologise to anyone, and they are free to go ahead and ban her. Entertainment Journalists Guild of India Shall Support Judgementall Hai Kya, but Boycott on Kangana Ranaut to Persist Until She Extends a Formal Apology.

Rangoli tweeted, “Here’s a video message from Kangana to all the media folks who have banned her, P.S she has got viral fever hence the heavy voice...(contd).” Check out both the videos below:

Here’s a vidoe message from Kangana to all the media folks who have banned her, P.S she has got viral fever hence the heavy voice 🙂...(contd) pic.twitter.com/U1vkbgmGyq

In the video, she slammed a ‘certain section of journalists’ calling them anti-national. In one of the two videos, she concludes saying that she requests the journalists to not cover her at all. She opined that she does not want them to earn their livelihood by covering her. She also further thanked her fans and ‘deshvaasi’ who supported her throughout this row wit #WeSupportKanganaRanaut trend.