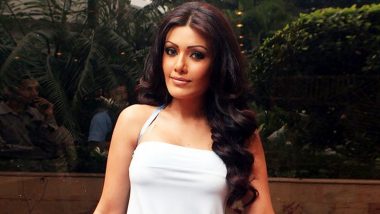 Powerful organisations are using the ongoing farmers' protest in India as a weapon to divide us, actress Koena Mitra tweeted on Wednesday. It all began with international pop star Rihanna tweeting about the farmers' protest in India, expressing her support to the movement. "why aren't we talking about this?! #FarmersProtest," Rihanna tweeted on Tuesday. Kangana Ranaut Calls Greta Thunberg ‘Dumb and a Spoilt Brat’ After She Tweets in Support of Farmers’ Protest in India

Reacting to her tweet, Koena took a jibe at the pop star and wrote: "The so called Poor Farmers can now afford Rihana too!! Phew." Reacting to Koena's tweet, a user commented: "Where did she get the impression that Indian Farmers are POOR & she is the only rich lady in India? #FarmersProtests #farmersrprotest." Mia Khalifa Joins Rihanna, Greta Thunberg and Amanda Cerny to Extend Support to Farmers’ Protest in India

To this the actress replied: "Guys, do you even understand sarcasm? It's obvious that some powerful organisations are using 'farmers protest' as a weapon to divide us. Is it very difficult to understand?" Punjabi singer Prabh Gill took a jibe at Bollywood while reacting to Koena Mitra's tweet on "so called poor farmers" being able to "afford Rihanna". He wrote: "Yes Bcs They Are Not Blind/Sold Like #Bollywood. They Stand With Truth. Are You Jealous?"

Koena Takes a Dig at Rihanna

The so called Poor Farmers can now afford Rihana too!! Phew... https://t.co/WHC72R84WF

Guys, do you even understand sarcasm? It’s obvious that some powerful organisations are using “farmers protest” as a weapon to divide us. Is it very difficult to understand? https://t.co/Dt6VykMyvC

To this, Koena replied: "Bollywood isn't blind or sold! Aap jaise lakho ussi industry me line lagatey hai, izzat se baat karo. (Lakhs of people like you stand in a line to make it to Bollywood, so please show some respect)."

(The above story first appeared on LatestLY on Feb 03, 2021 05:03 PM IST. For more news and updates on politics, world, sports, entertainment and lifestyle, log on to our website latestly.com).