The actor revealed two new posters of the film during the press con and we have to say with that the film just became doubly interesting. 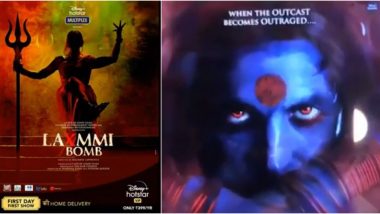 Coronavirus pandemic may have spoilt our plans to catch Akshay Kumar and Kiara Advani's Laxmmi Bomb in theatres but luckily, Disney Plus has struck the perfect deal as it will soon bring the film to its OTT platform and we have to say we can't wait to see it soon. Disneyplus recently announced its virtual press conference to announce its upcoming lineup of releases and joining it was Akshay who soon dropped a surprise for his fans as he revealed new posters of the film. The actor revealed two new posters of the film during the press con and we have to say with that the film just became doubly interesting. Laxmmi Bomb Sold Digitally For Rs 125 Crore? Akshay Kumar Fans Demand Film's Theatrical Release.

The Laxxmi Bomb poster features Akshay in a saree and it is sure to pique your interest. The film is a remake of Muni 2: Kanchana by Raghava Lawrence. Whilst releasing the new posters, Akshay also spoke about wearing a saree in the film and how difficult was it. The actor called it one of the most "graceful" outfits and said it was certainly the most difficult to dance and walk around with it. While we don't get to see a glimpse of Kiara on the posters, we bet it's going o be amazing and maybe released soon. Vidyut Jammwal vs Disney+ Hotstar: Fans Come Out in Support of Khuda Haafiz Star After Latter Calls Out the OTT Platform For Ignoring His Film.

Check Out the Posters Here: 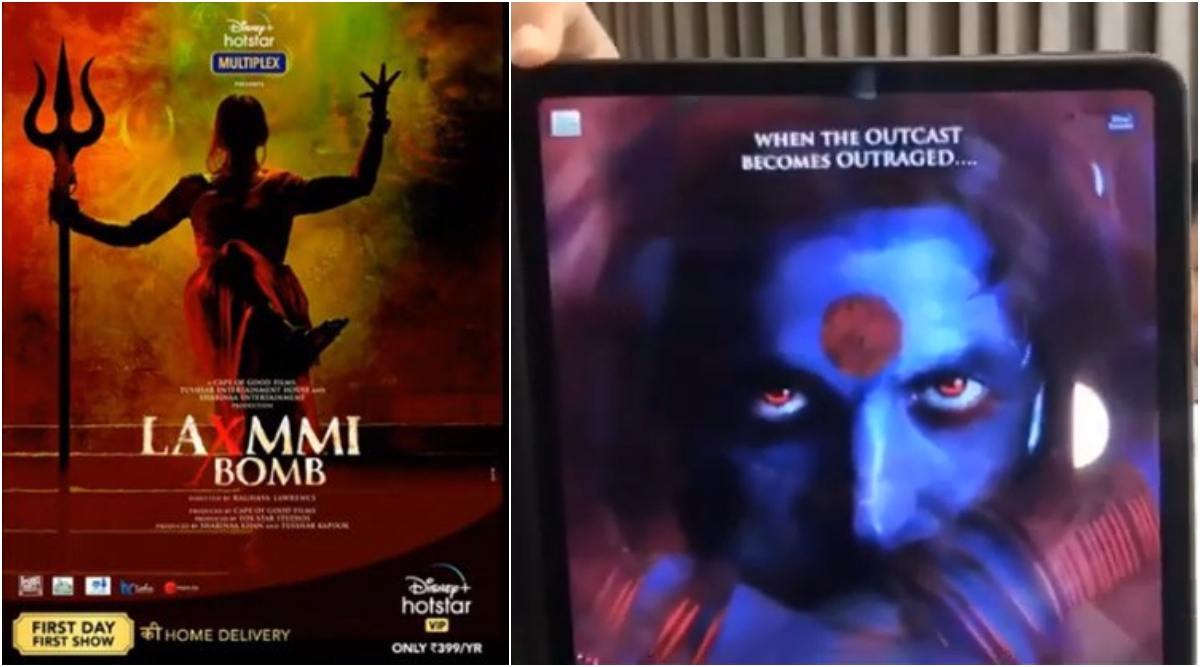 We are yet to find out the date on which Laxmmi Bomb will be released on Disney PlusHotstar. Apart from this Akshay starrer, several other films have also been announced by the streaming platform in their 'Multiplex at Home' initiative. Other biggies include Bhuj: The Pride of India, Sadak 2 and others.

(The above story first appeared on LatestLY on Jun 29, 2020 05:42 PM IST. For more news and updates on politics, world, sports, entertainment and lifestyle, log on to our website latestly.com).