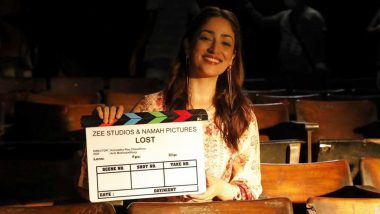 "Lost" is an investigative drama that will highlight the issue of media integrity. It features Yami in a feisty crime reporter's character. Bhoot Police: Saif Ali Khan, Arjun Kapoor, Yami Gautam And Jacqueline Fernandez’s Movie To Premiere On Disney Plus Hotstar On September 17.

(The above story first appeared on LatestLY on Jul 25, 2021 06:24 PM IST. For more news and updates on politics, world, sports, entertainment and lifestyle, log on to our website latestly.com).