Muzamil Ibrahim Talks about Nepotism in Film Industry, Shares How Star Kids Keep Getting Work Even If They Deliver a Flop Movie

The nepotism debate has sparked once again right after Sushant Singh Rajput’s demise. Now the celeb who has spoken about nepotism in the film industry is model-turned-actor, Muzamil Ibrahim. 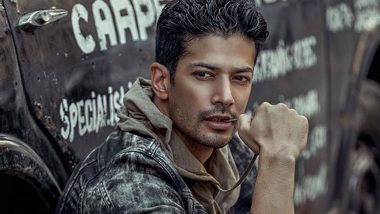 The nepotism debate has sparked once again right after Sushant Singh Rajput’s demise. Many leading celebrities of Bollywood, the star kids, production houses, music labels, are being called out on social media. Some of the biggies of the industry are even being blamed for being the reason behind Sushant’s untimely demise. The situation has gone out of hands and that has led several actors and actresses to bid adieu to social media platforms or just turn off the comment section. Now the celeb who has spoken about nepotism in the film industry is model-turned-actor, Muzamil Ibrahim. Manoj Bajpayee on Nepotism Row: 'As An Industry We Celebrate Mediocrity'.

The handsome hunk Muzamil Ibrahim is one of the top models of the country, who has walked the ramp for some of the renowned labels. He made his Bollywood debut with Pooja Bhatt’s romantic thriller Dhoka in which his performance was critically acclaimed. In an interview to Hindustan Times, Muzamil Ibrahim has talked about how the star kids manage to survive in the industry even if they have delivered a flop film and also continue to get more work.

Muzamil Ibrahim , who was also an outsider, stated, “The kind of buzz around me was phenomenal at that time of my debut. But once in the industry, it gets hard. But the star kids, even if they give a flop or do a bad film, they’ll keep getting films. Even their mediocre films are lauded and they survive merely on the basis of publicity and the word of mouth by their friends and family from the industry.” Sonakshi Sinha Quits Twitter and Disables the Comments Section of Her Instagram Account After the Nepotism Debate Online (View Post).

Muzamil Ibrahim also opened up about the competition within the industry. He further mentioned, “I’ve been on both sides of the rainbow. The film industry is one big family and there’s another family within that. They compete against one another, it’s fine with them as long as it stays within the family. When a genuine star potential comes across somebody who’s a threat to probably where they stand, that’s a problem for them. When you’re fighting for the A league, that’s when the trouble starts to happen.” Well, it is indeed not easy to survive in this glamorous world of showbiz.

(The above story first appeared on LatestLY on Jun 25, 2020 09:39 AM IST. For more news and updates on politics, world, sports, entertainment and lifestyle, log on to our website latestly.com).