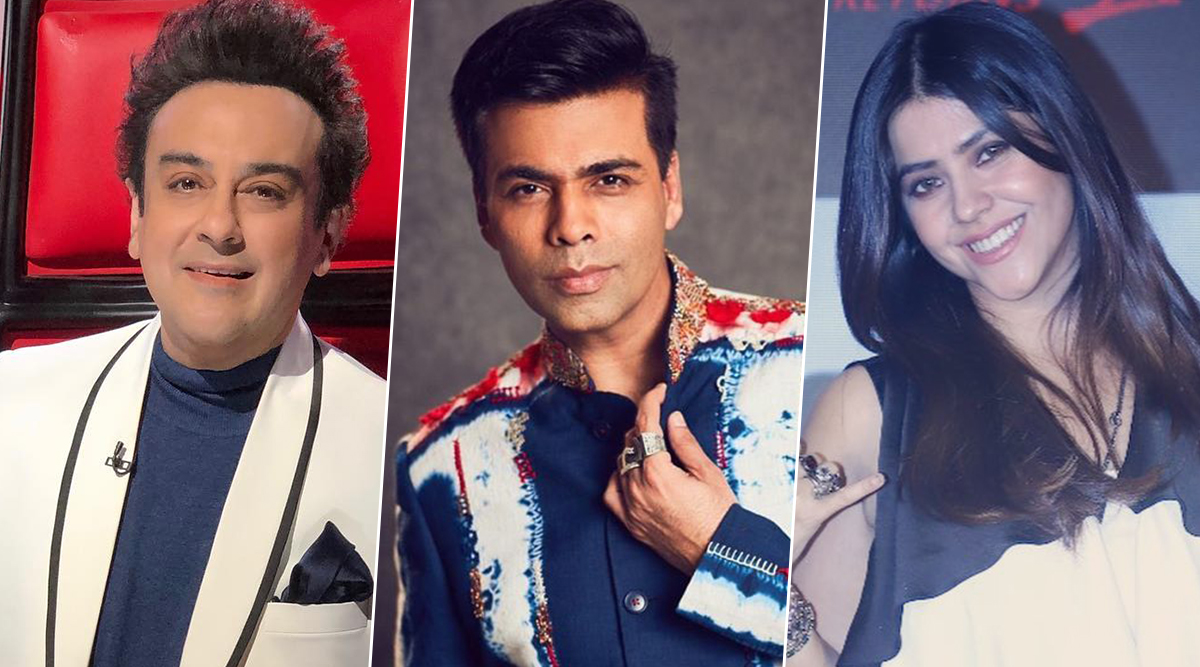 New Delhi, Jan 25 (PTI): Filmmakers Karan Johar, Ekta Kapoor, and actor Kangana Ranaut are among the six cinema personalities to be awarded the Padma Shri, officials said on Saturday. Singers Suresh Wadkar and Adnan Sami, as well as veteran TV actor Sarita Joshi, have also been conferred with the fourth highest civilian honour of the country. Karan said he was humbled to receive the honour. "Overwhelmed by so many emotions right now. Humbled, elated and also thankful for the opportunity to live my dream everyday, to create and to entertain. I know my father would be proud and I wish he was here to share this moment with me," the director said in a statement posted on Twitter. Padma Awards 2020: Kangana Ranaut, Ekta Kapoor, Adnan Sami and Karan Johar Conferred Padma Shri.

Ekta, who started her showbiz journey with soap operas, most notably "Kyunki Saas Bhi Bahu Thi", is the daughter of veteran actor Jeetendra. She launched her banner Balaji Telefilms in 1994 and backed many popular TV shows, eventually branching out into movie production. Ekta, 44, has produced films such as "Love Sex Aur Dhoka", "Once Upon a Time in Mumbai", "The Dirty Picture", "Udta Punjab" and "Veere Di Wedding". The producer took to Twitter to thank the fraternity members after she was flooded with congratulatory messages on the social media platform.

Sami, born in London to a Pakistani Air force veteran, applied for Indian citizenship in 2015 and became a citizen of the country in January 2016. Check out his reaction below.

The greatest moment for any Artiste is to be appreciated & recognised by his/her government. I am overwhelmed with infinite gratitude for being honoured with the ‘Padma Shri’ by the Government of India.

It has been a 34 years musical journey..

The Padma Shri for this year has been awarded to a total of 118 eminent personalities across fields of art, literature and education, medicine, trade and industry, sports, public affairs, social work, and science and engineering.