Priyanka Chopra Jonas Shares A Clip Of Her Song ‘Tinka Tinka’ On Instagram And It’s A Perfect Flashback Friday Video For Bollywood Buffs! 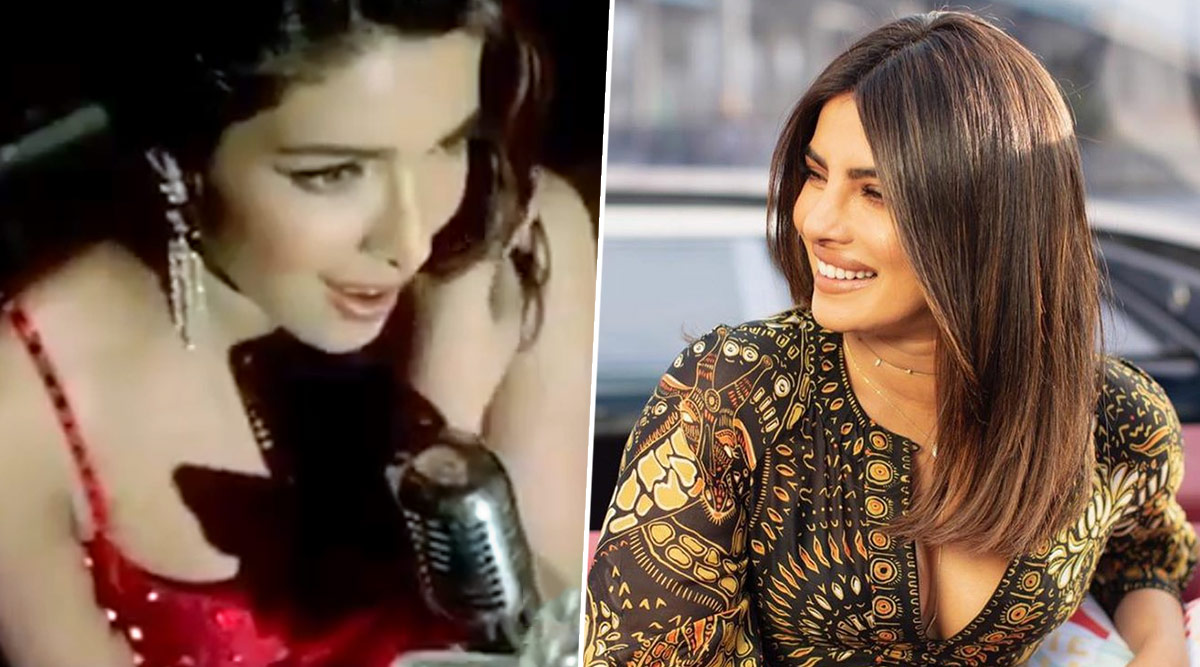 Priyanka Chopra Jonas is one of the most loved actresses across the globe. Bollywood buffs miss seeing her in Hindi films. But when she had returned with the film The Sky Is Pink, fans jumped with joy and just hoped to see her in many more Bollywood projects. Priyanka keeps shuffling between Los Angeles and Mumbai for work and personal commitments. But whenever fans get to catch a glimpse of her back home with family and friends, one just cannot contain their excitement. The gorgeous actress has shared a perfect Flashback Friday video and we bet, Bollywood buffs are totally going to love. Cannes 2019 Throwback! Priyanka Chopra Celebrates One Year Of Her Debut On The Prestigious Carpet With a Beautiful Montage (Watch Video).

This is a major throwback video, straight from 2005. Priyanka Chopra Jonas ha shared a clip from the beautiful song “Tinka Tinka” that was from the film Karam. The global icon recalls how many misunderstood that this song was sung by her. In the post, she has thanked singer Alisha Chinai for lending her voice for this track and beautifully suiting her tone. Priyanka wrote, “‘Tinka Tinka’ is a song from one of my earlier films Karam (Deed). It released 2005. For those who might not know, Hindi films use playback singers for most actors and I’ve had the fortune to have some amazing singers lend their voice to my films over the years. But when this song was released, most thought it was me...But in fact it was the voice of one of my favorite singers @alishachinaiofficial... she complimented my tone so well. Thank you Alisha!!” Nick Jonas Releases New Song ‘Until We Meet Again’ and Priyanka Chopra’s Appearance Cannot Be Missed! (Watch Video).

The Full Song Of Tinka Tinka

This post received instant response from fans and other industry pals. Ace fashion designer Manish Malhotra dropped a comment that read, “And the song was a huge hit”. It was indeed a huge hit then and even today we’d love to listen to “Tinka Tinka” on loop.